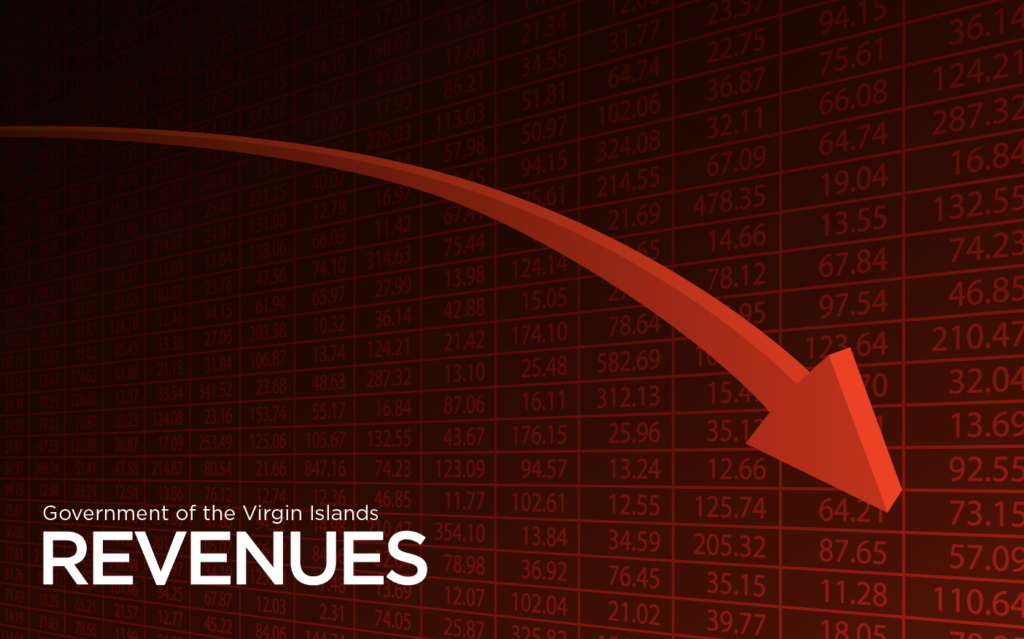 The BVI was last week given further insight into the state of the COVID-hit economy when Premier Andrew Fahie revealed that government revenue dipped by 6.65 percent compared to 2019 earnings.
Government revenue refers to the income from taxation, duties, customs, or other sources. The government needs this money to cover public expenses.

He said this decline was due to a decline in money earned from usual sources such as tourism and various taxes.

“Compared to 2019 and based on estimates for 2020, Tourist Arrival Levy fell by $1.8 million. Passenger tax increased by $1.1 million, but revenue from cruising permits fell by $3.3 million, and hotel accommodation tax proceeds fell by $420,000 or 16.02 percent,” Premier Fahie revealed.

With the sharp decline in unemployment when COVID-19 began spreading in the community earlier this year, it comes as no surprise that income and payroll tax revenue also dropped by $7.49 million.

Premier Fahie said the other taxes declined because of limited tourism activity which usually spills over into other areas of the economy.

“These figures are not surprising because we are aware of how much of our economy is based, directly and indirectly, on tourist arrivals,” Premier Fahie said.

Even though the tourism industry is expected to reopen December 1, the territory has been warned to brace for a slow recovery as visitors worldwide struggle to get familiar with traveling during the COVID-19 era.

In the meantime, Premier Andrew Fahie said his government is pursuing new avenues to diversify the economy as the main economic pillars — financial services and tourism — continue to reel from the impact of the COVID-19 pandemic.
#COVID
Add Comment