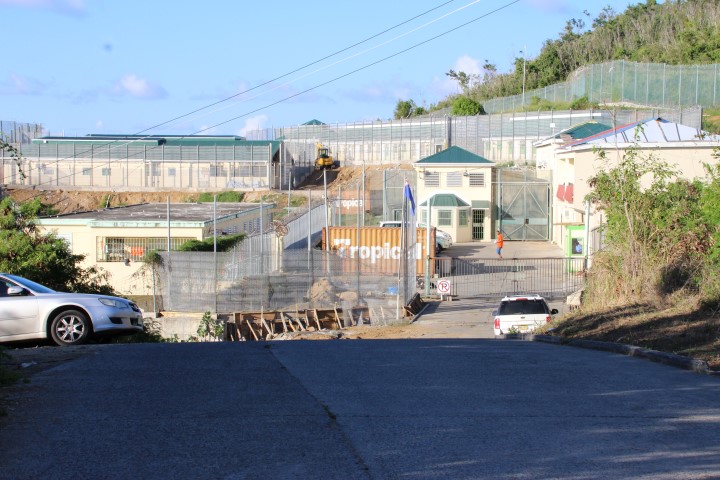 This is according Health Minister, Carvin Malone who also indicated that several inmates have tested positive for the virus as well.

“We have a situation that we’re dealing with at the prison. Twenty-three officers down, 16 inmates down, and we have to deal with that because we don’t have an alternate site so we have to look in terms of how we get that managed at the facility,” Malone said in the House of Assembly (HOA) recently.

Minister Malone, who has joint responsibility for prisons, did not give any indication of what implications this situation may have had for security at HMP.

He, however, said the issue is further affected by the fact that each of the inmates and prison officers have families who have be concerned by what is happening at the facility.

“We had to send health professionals to the prison,” Malone added.

He also stated that there were also some COVID-19 cases discovered at the Adina Donovan home and at the Safe Haven Center.

“We have cases in all of these places that we have to be mindful and careful that we provide healthy living spaces,” the Health Minister stated.

Meanwhile, the Health Minister also suggested that officials have had reason to deny permission to persons wishing to host ‘crowd gathering’ events in February.

“Yet, there are those persons who are advertising for one of the biggest crowd gathering artistes to come here in February and when you tell them that they can’t do it, then they say that you’re trying to stop livelihoods,” Malone said.

Positive cases of the virus in the territory have continued to fall rapidly since the start of the most recent outbreak in December 2021; with the total number currently standing at 708 persons.

The territory has experienced 47 deaths over the duration of the COVID-19 pandemic, six of which have been announced since the beginning of this year.