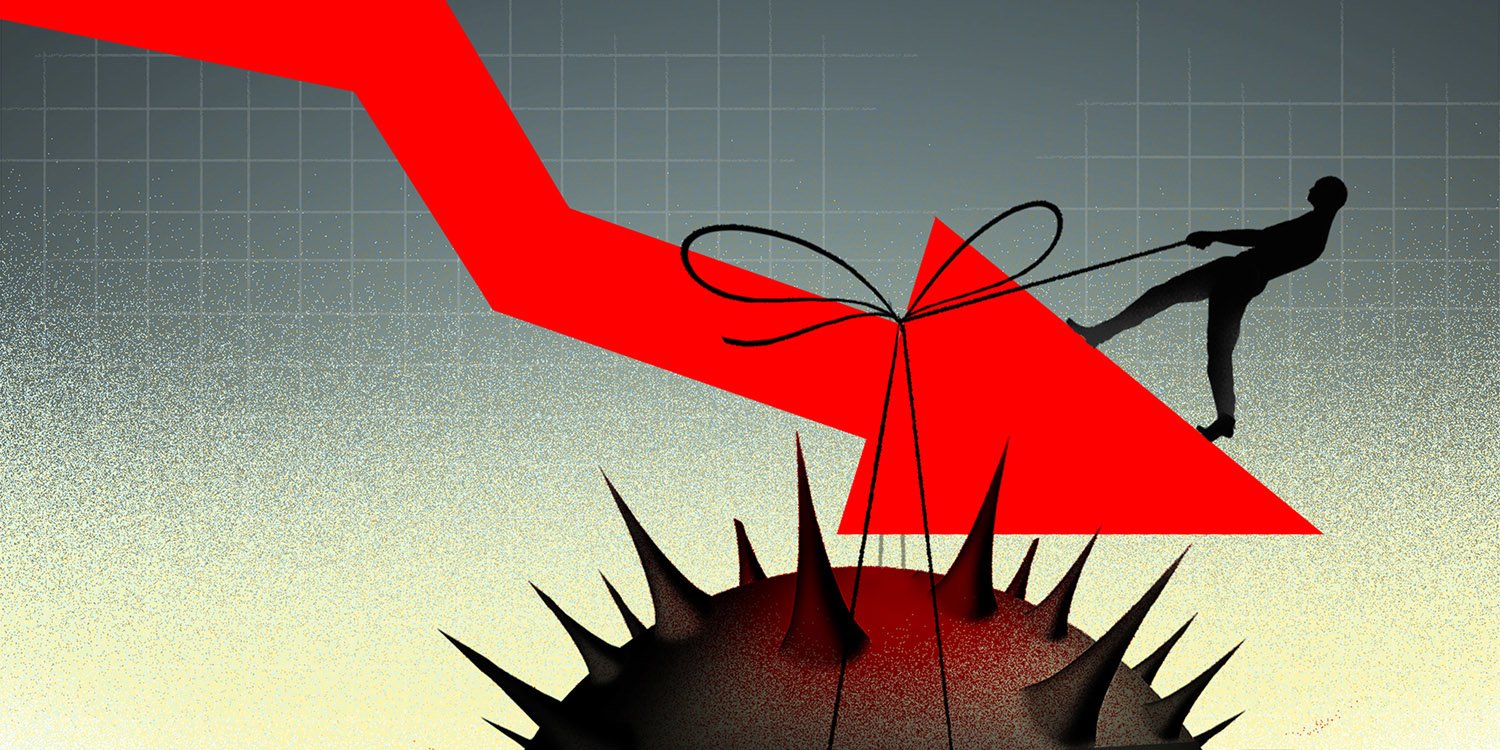 The U.S. is usually better than Europe at reshaping its economy after recessions, partly because it’s easier for American entrepreneurs to streamline their business by firing workers, or even start a new one by going bankrupt.

In the coronavirus crisis, that advantage isn’t immediately apparent.

The speed and severity of the downturn –- and the extraordinary uncertainty about what comes next –- raises the costs of a rapid restructuring as the pandemic passes. Governments everywhere are struggling to figure out how much leeway they should allow for what economists call creative destruction -- when outmoded companies and practices get replaced with new and more productive ones.

The argument against letting those forces loose right now is that firms with decent prospects of bouncing back, once the health emergency is over, will get swept away too.

In the U.S., historically more willing to let creative destruction take its course, there’s concern that unemployment may get stuck at the current high levels while bankruptcy courts clog up.

“We don’t want to have failures occur all at the same time because that’s catastrophic for the economy,” said former Federal Reserve Bank of New York President William Dudley, who is now a senior research scholar at Princeton University and a Bloomberg Opinion columnist. “It’s fine to have individual firms fail from time to time, but systemic failure imposes so much cost on everyone else.”

In Europe, with a tradition of taking less risk on this front, governments are working on programs to turn emergency aid into long-term support for companies and jobs. Yet they still have a cautious eye on the regenerative powers that benefited America in the past.

Public investment should be accompanied by “the simplification of restructuring and liquidation procedures, in the spirit of the provisions in place in the U.S.,” Bank of France Governor François Villeroy de Galhau said this month. “Reconstruction isn’t an identical restart.”

The right balance of preservation and reinvention will depend on things that are unknowable now, from the duration of the Covid-19 shock to whether changed consumer habits will prove durable. For now, policy makers are erring on the side of blanket support, even if some of the companies that get it turn out to be unviable.

“The idea that we can know with any kind of clarity who is solvent at this point, or who is going to be solvent, is really a stretch,” said Jeremy Stein, a Harvard professor and former Federal Reserve governor. That could make what Stein called America’s “bias toward indiscriminate liquidation” of smaller firms a problem, rather than a benefit for the post-virus economy.

During the Covid-19 crisis, policy makers have veered in the opposite direction. The U.S. has tried to mimic European programs that pay businesses to retain staff, though it’s still seen a much bigger surge in unemployment.

Meanwhile the Federal Reserve’s program of corporate-bond buying has enabled even financially shaky companies to raise yet more debt, and spurred criticism that the policy is impeding a needed revamp of the economy. U.S. corporations issued about $1.5 trillion in bonds in the first half of 2020, almost double the year-earlier figure.

At least some of the protections appear to be working. Bankruptcy filings fell 11% in the first half from a year earlier, even as those mostly lodged by big companies under Chapter 11 of the code rose, according to the American Bankruptcy Institute. But the organization’s chief, Amy Quackenboss, warned that “we anticipate filings to begin increasing” as crisis-era government supports are gradually withdrawn.

The trend is similar in Europe, where bankruptcies declined sharply during lockdown but are expected to jump in the coming months. Any increase may be smaller than in the U.S., as European governments double down on preserving both companies and jobs.

French President Emmanuel Macron, for example, has been hastily rewriting labor laws to avert lay-offs -- even if that means shifting the emphasis away from the American-style flexibility promised under his signature economic reforms of 2017. The new measures offer companies help paying their wage bills, in exchange for guarantees that workers won’t be fired.

Finance Minister Bruno Le Maire has acknowledged that the government will eventually have to be more discriminating about who it props up.

“Putting too much public money in non-viable businesses will be a big economic mistake,” he said last month. “We will get help from the banking sector so that we can select the activities that are sound.”

European countries vary widely in their fiscal capacity to offer this kind of support –- and also in the red tape that insolvent companies have to negotiate. Some, like Finland and Germany, have flexible procedures similar to those in the U.S., according to World Bank and OECD indicators. Others are among the most complex in the developed world.

“In the U.S. there’s this culture that failure is OK,” he said. “If you want to raise money from investors and you failed a few times, they say: ‘You’re experienced, that’s good’.”

Still, such trans-Atlantic gaps may be narrowing.

The emergence of dominant companies like the tech giants has made swaths of the U.S. economy less competitive than they used to be, and “this hampers the creative destruction process,” said Ludovic Subran, chief economist at Allianz SE in Frankfurt. Meanwhile, Europe has responded more boldly and effectively than in the 2008 crisis, even if there’s a risk that governments “overstay their welcome” and end up propping up the wrong industries.

“There’s an old economic belief that the more flexible you are, the faster you recover from crises,” he said. That usually translates into a U.S. edge, but maybe not this time. “The jury is still out.”