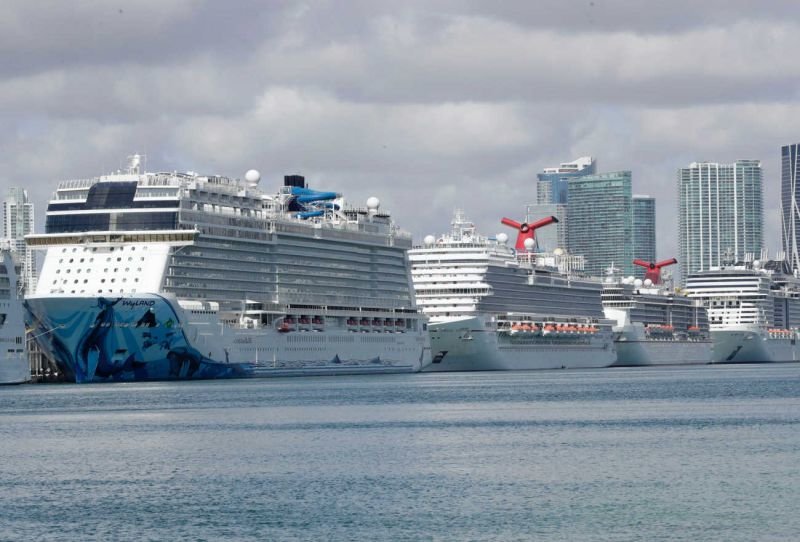 Cruise ships will be free to set sail again early November if they so choose, following a White House order that scrapped a Centers for Disease Control and Prevention plan to extend the no-sail order to mid-February 2021.
Instead, the CDC's new order extends the cruising ban to October 31, 2020, following a meeting at the White House this week, where CDC Director Robert Redfield's decision to extend the deadline through next year was overruled, according to reports from the Wall Street Journal, the New York Times and Axios.

Mr Redfield's decision was overruled by members of the White House Task Force, which is led by Vice President Mike Pence. WSJ, citing a person familiar with the matter, said White House officials did not want to see the cruise industry further damaged and lose more jobs in hubs like Miami.

The US cruise industry has been on a standstill for about six months, ever since the Covid-19 pandemic took hold. Additionally, cruise ships were found to be coronavirus super-spreaders because of the population density, according to the CDC. The CDC also contends that simply limiting the amount of individuals on a ship will not stop the contagion from spreading.

On Sunday, September 27, 2020, a cruise ship — the first to set sail in Greece in the Covid-19 era — was forced to dock after an outbreak on the ship saw 12 individuals being infected with the virus.

Even so, cruise ship companies have been burning through cash, and the major players in the industry — Carnival Corp., Norwegian Cruise Line Holdings, and Royal Caribbean — have reported a combined loss of $10.8 billion, according to WSJ.

According to the CDC, there were 3,689 confirmed Covid-19 or Covid-like cases along 41 deaths from cruise ships of US origin between March 1 and September 28, 2020. The agency said those cases include 102 outbreaks on a total of 124 ships.

The US Virgin Islands, whose main product is tourism, has suffered immensely as part of the no-sail order. The pain is especially acute in St Thomas, which makes up a lion's share of the cruise industry in the USVI.
#COVID  #COVID-19
Add Comment