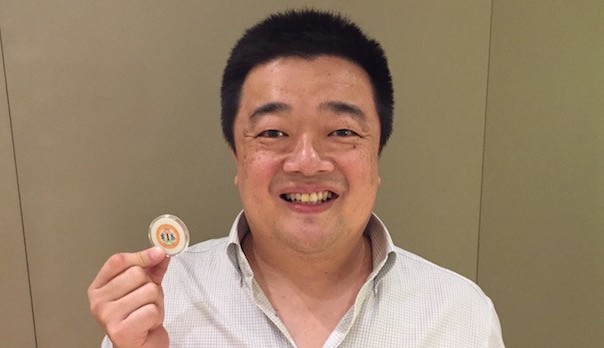 According to respected cryptocurrency industry veteran Bobby Lee, Bitcoin’s recent 50% collapse from all-time highs does not mirror market tops of the past.

Lee, who accurately predicted Bitcoin’s 50% drop once it approached the $70,000 range, in a recent interview with Venture Coinist’s Luke Martin, discussed when we can expect Bitcoin to spark again and push through the $100,000 mark.

“I think we’re going to hit it either in the late summer or the fall of this year to get past $100,00, and then it’s going to zoom up really fast.”

In order for Lee’s prediction to hold, Bitcoin would have to appreciate by over 200% from current prices in the next 3-5 months.

Once BTC manages to multiply itself in the span of one to three days, we can start talking about a market top, says Lee. According to the industry expert, Bitcoin price has not increased at a fast enough rate to signal a peak for this cycle.

“And I’ll give another prediction. When we hit the bull market, how do you know it’s an all-time high? How do you know it’s really peaked out?… If the price doubles within a day or two days – somewhere around one and three days – if the price doubles, that’s when it runs out of steam and that’s going to be the all-time high of this market cycle. The important thing is, people always ask ‘How do you know when we hit the all-time peak?’ The peak doesn’t happen based on FUD and bad news.”

According to Lee, the top of the bull run will coincide with maximum euphoria and parabolic price action, contrary to the rounded top and negative news cycle that preceded the collapse.

Colon Boy 211 days ago
Didn't he predict $300,000 in March? I see a lot of pushing to buy Bitcoin on this sight lately and makes me wonder who is pushing it and why.
View all comments (1)Add comment