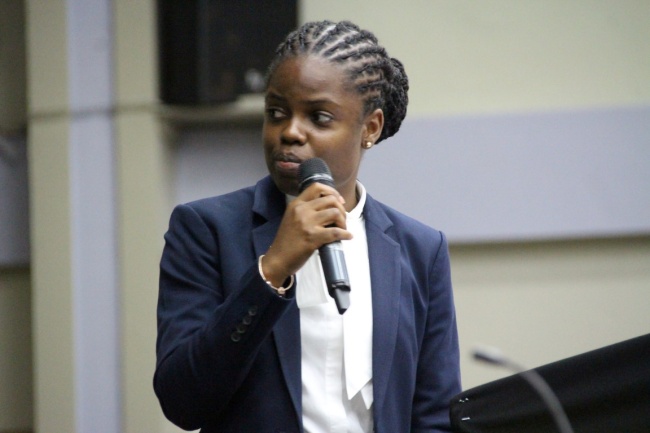 Despite being reassigned as the new Junior Minister for Tourism on Monday, November 25, government legislator Sharie deCastro is currently representing the territory as the Junior Minister of Trade & Economic Development at a UK seminar that commenced on the same date.

This is according to a government-commissioned media release dated Tuesday, November 26.

It said deCastro will be in the United Kingdom for the 68th Commonwealth Parliamentary Association’s (CPA) flagship capacity development programme until November 29.

The release said: “Junior Minister for Trade and Economic Development Honourable Sharie B deCastro is representing the Government of the Virgin Islands at the 2019 Westminster Seminar on Effective Parliaments in the United Kingdom.”

The Premier said the reason for the swap is for “capacity-building” with an aim to mould the two junior ministers into becoming better legislators for the future.

Premier Fahie announced the swap shortly after a BVI News report that Flax-Charles was effectively becoming ‘too vocal’ in the tourism portfolio for which Fahie is the senior minister.

DeCastro, in the meantime, has said she feels grateful to be among the officials at the Westminster Seminar — an event she described as having significant value.

“I am happy to be a part of this cohort where the possibilities are there for gaining a deeper understanding of the components that make up an effective parliament within the Westminster context,” de Castro stated.

“This seminar has provided the opportunity to widen networks and to create open communication lines to work collaboratively with peers,” hse further said.

At the end of the seminar, the goal is for delegates to improve their analytical skills and be better able to represent their respective parliaments while providing oversight.

This is expected to be achieved through the interactive environment which will provide networking opportunities, where delegates will be tasked to learn collaboratively.

The said seminar provides a unique platform for exploring approaches to parliamentary democracy, practice and procedure in the context of the Westminster System and drawing comparisons between commonwealth legislatures.
Add Comment