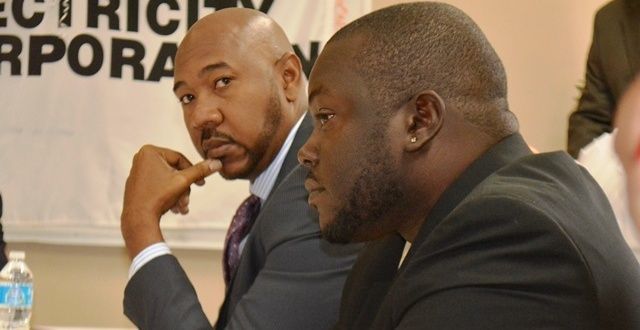 Delta Petroleum’s role in a contract to supply fuel at the Terrance B. Lettsome International Airport drew the attention of the Commission of Inquiry which is investigating allegations of Government corruption.
Deputy Chair of the BVI Airport Authority (BVIAA) Board, Ms. Patsy Lake was asked to recall the Board discussing the contractual arrangements for the supply of fuel at the airport.

It appears that the CoI wanted to know of the role played by Mr. Bevis Sylvester, who is the Chairman of the BVIAA Board, in the award of the fuel contract. He is also the Regional General Manager of Delta Petroleum.

“And in relation to the supply of fuel to the airport, did any member of the Board declare an interest, to your recollection? Ms. Lake was asked.

She replied, “I don't quite know how that question is going, but what I would like to do is answer it this way: Mr Sylvester is working for an oil company by the name of Delta, but Delta has no interest in tendering or has tendered for any oil at the airport.”

When asked if Delta has tendered for anything at the airport, Lake replied, ‘No, sir’.

Ms. Lake stated that an RFP [Request For Proposal] was sent out and to the best of her knowledge, West Indies Oil in Antigua was awarded the contract for the oil.

Ms. Lake was asked who decided to award the contract? She replied that after opening the tenders, the West Indies Oil was the best price that they gave, and the Board awarded them the contract.

“It was an open contract, all who tendered was there,” Lake stated.

She was asked, “You said that they had the best price, so was the basis on which the decision was made,who gave you the best price?”

“Sol is at the airport and they tendered--their tender didn't come in well,” Ms. Lake stated.
She also stated that as a Board, members are required to declare any interests in an item that's on the meeting agenda.

She was asked, “So, it's only Mr Sylvester's connection?”

Lake was asked if she is aware that as a member of the Board, that the Commission has sent a Letter of request to Sylvester as Chairman of the Board.

According to Lake, the letter from the Commission to Sylvester had not been discussed at board meeting.

She was asked whether she was aware that Sylvester hasn't responded substantively to the Letter of Request?

“No, sir, I'm not aware of that. I understand that Mr Sylvester has instructed the Corporate Secretary to get in touch with the Commission of Inquiry. I don't know. I don't know anything about it,” Lake shared.

Lake testified on May 7, before the Commission at the International Arbitration Centre.
#CoI  #Commission of Inquiry
Add Comment