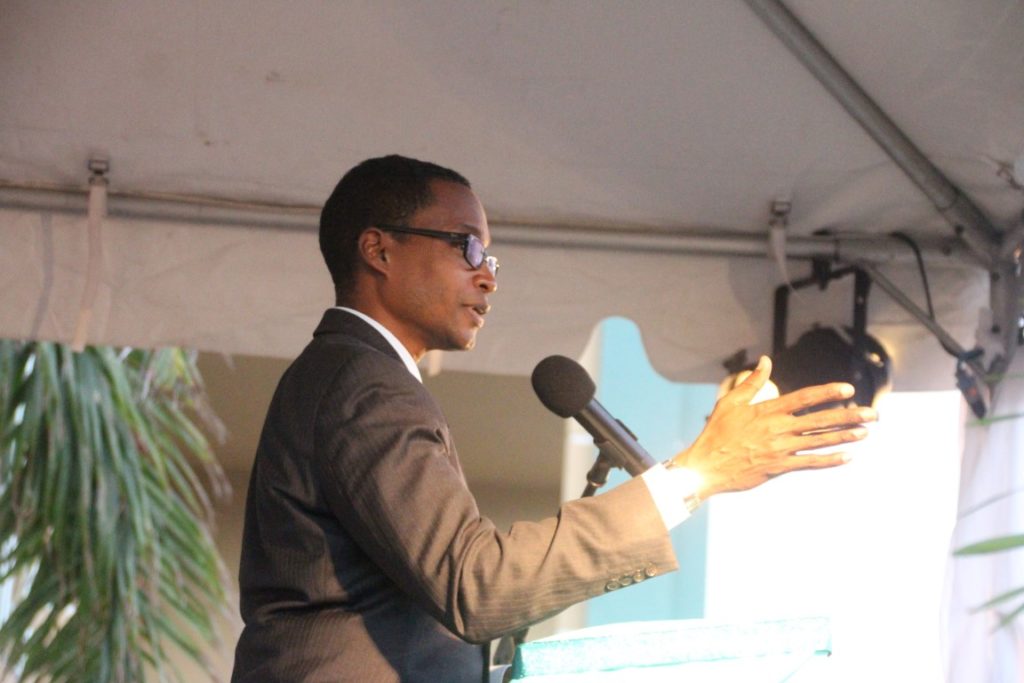 The entry of COVID-19’s dangerous and highly transmissible delta variant into the BVI is only a matter of time.

Not only that but had it arrived sooner, the more than three dozen deaths that happened during the BVI’s recent COVID-19 surge would have likely tripled.

This was the view of Chief Medical Officer (CMO), Dr Ronald Georges at a recent COVID-19 update to the territory. He said the delta variant is already all around the region and has been found in St Vincent, Anguilla, Puerto Rico and the US Virgin Islands.

The CMO also warned residents that the delta variant is much more infections and carries a higher death rate than the existing COVID strain found in the BVI.

He said everyone needs to be responsible and advised that residents have to get back to rebuilding the foundation of established public health measures.

Dr Georges pointed to the many social gatherings during the Emancipation holidays and said the territory would not want to backslide to where it was previously.

“If we backslide there, with delta, it’s going to be a lot worse,” he warned.

Meanwhile, Dr Georges expressed concern after it was observed that some recovering cases were beginning to experience what he described as “long COVID”. This meant persons were facing prolonged symptoms of the COVID-19 virus.

He also alluded to the very high rate of chronic diseases in the BVI – particularly diabetes, hypertension and obesity – and noted that these increase the morbidity and mortality rates of COVID-19.

He said this was found in some cases and was taking a little longer to clear.

Referring to the BVI’s recent outbreak as a wake-up call, Dr Georges said the territory has had a difficult lesson which he hoped would be taken to heart by residents.