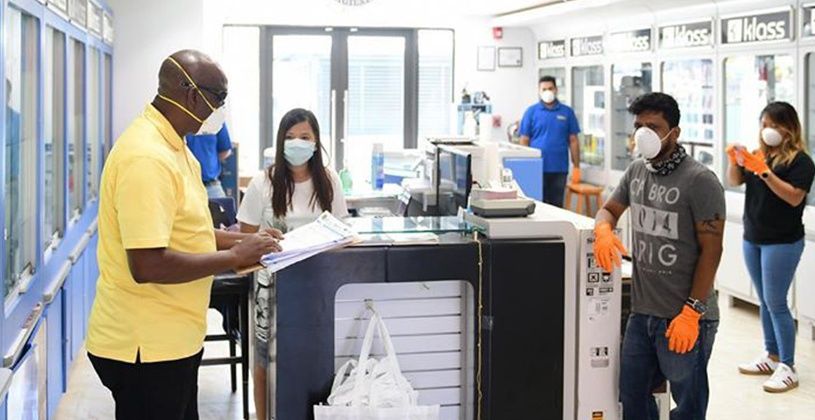 The Social Distancing Taskforce being managed by the Environmental Health Division is still functional despite operating on a reduced staff complement with some in isolation due to their exposure to COVID-19.

“Initially, when we began last year, we had officers who were temporary with the task force; however, they have been called back to their substantive posts,” Alexander explained.

“We have a staff complement of 30 now on the task force, and we had between 43 and 45 across the territory,” she added.

While she did not provide figures, she said some staff members came into contact with persons testing positive for COVID-19 through their families or in their office “because we do have persons doing task force work and their regular duties,” who are now self-isolating.

“So I think at this point almost everyone in the territory has been affected whether directly or indirectly.”

The Acting Chief said in the meantime, the work continues and pointed out that from the 21st of June to the 9th of July, the team has inspected and monitored 640 businesses across the territory.

For that same period, she said 17 tickets were issued to individuals and four to businesses.

Most of the tickets issued to individuals are for not wearing their mask properly or not at all, while on the businesses side, they were ticketed for not having the plexiglass installed or not enforcing social gathering limits.

“So although you are not seeing them in numbers as they were initially, we still have the teams out there monitoring businesses and ticketed persons who are not in compliance,” she surmised.

She also pointed out that the task force and Environmental Health is not there to shut down businesses or ticket persons “our goal is to ensure that the businesses are complying with the COVID-19 Control and Suppression Order.”