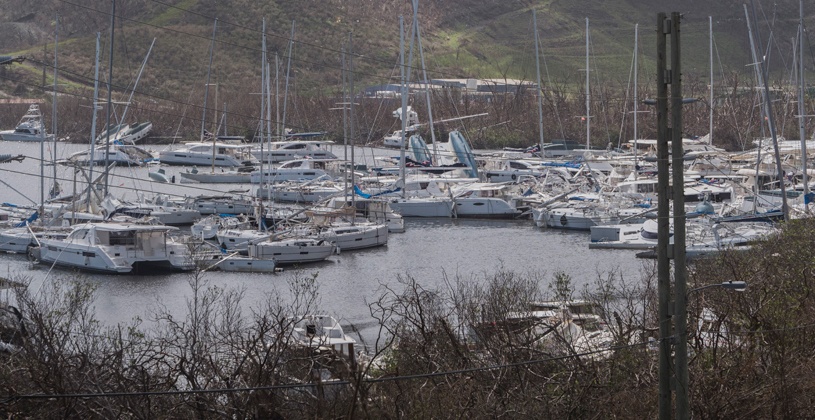 The 12 companies that submitted tenders for the collection, processing and disposal of the hundreds of boats that were destroyed by hurricane Irma were notified that the Recovery and Development Agency (RDA) has cancelled the tender.
The RDA in its announcement on December 4 did not provide specific details as to why it was not proceeding with the tender.

Instead, the organization stated, “After careful consideration of all factors, there are elements of the project that affect the ability to progress to the next stage of the procurement process. In the absence of specific timelines for the resolution of these matters it has been decided not to seek an additional extension to the validity of the tenders from 15 November 2019.”

Nonetheless, the RDA explained that the removal, processing and disposal of Derelict Boats in the Territory is a top priority.

“This project remains a top priority of the Government of the Virgin Islands. We expect that a revised invitation to tender will be issued with some modifications to the Scope of Works for all Work Packages as soon as we have resolved these matters,” the Agency stated.

The RDA further explained that it has worked closely with the Ministry of Natural Resources, Labour and Immigration (MoNRLI), the Virgin Islands Shipping Registry, and the BVI Ports Authority, to first identify each vessel, acquire the authority to remove them, and then complete the planning and environmental assessments.

The procurement was announced on 18 April 2019 and was published in local and international media for a total of eleven weeks. It was stated that the 12 tender submissions were received on July 8.
#the Virgin Islands
Add Comment