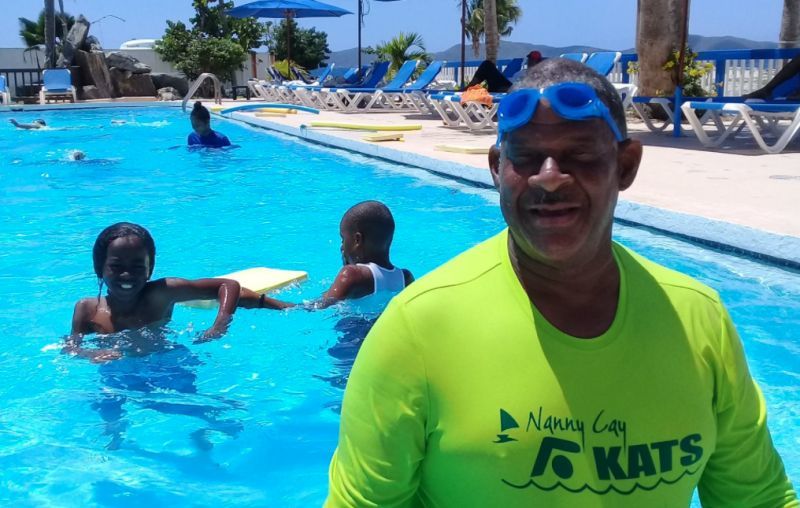 Newspaper Columnist, Educator and School Attendance Officer for the Government of the Virgin Islands, Mr Dickson C. Igwe through his school of swimming is offering swimming classes to anyone in the Virgin Islands (VI) looking to learn how to swim in a safe and professional environment.

The programme, sponsored by Unite BVI, Nanny Cay Resort & Marina and other corporate partners, allows for anyone in the territory to register and join the beginner’s classes. 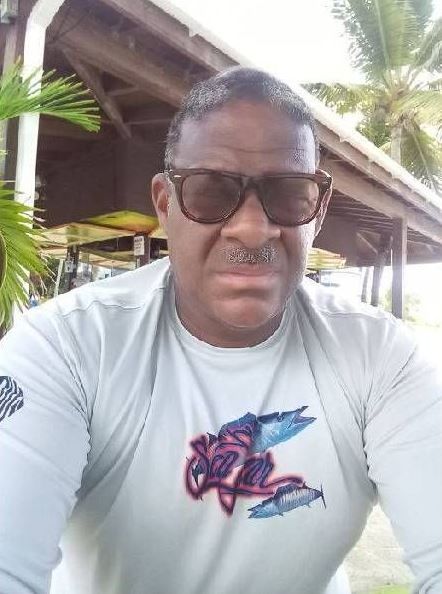 Mr Dickson C. Igwe said the programme, sponsored by Unite BVI, Nanny Cay Resort & Marina and other corporate partners allows for anyone in the VI to register and join the beginner’s classes.

“What I do is I teach anyone who wants to learn how to swim, to swim safely and that kind of stuff… I personally don’t charge, if people want to pay you can pay for the service but if you can’t afford to I would still teach,” Mr Igwe told Virgin Islands News Online (VINO).

“It’s been going for years, it’s just a swimming programme… not really an initiative, I’m a swimming instructor,” Igwe further said while revealing that he has taught thousands of people to swim in the VI over a 24-year period.

For the beginners Level 1 course, the basics are being taught in just seven lessons and, according to Mr Igwe, children as young as 1-year-old can be a part of the programme once accompanied by a parent.

After Level 1, persons can progress to level 2 and 3 certification and eventually become a lifeguard as certified by the American Red Cross Society. 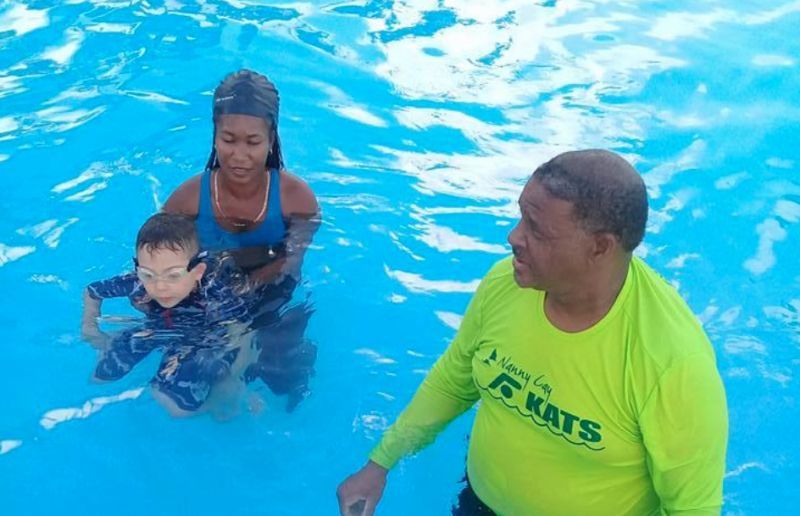 For the beginners Level 1 course, the basis is taught in seven lessons and according to the head of the programme, children as young as 1-year-old can be a part of the programme once accompanied by a parent.

“With my programme… once you finish training the American Red cross will certify you as a lifeguard, but obviously you have to pass a little test,” he said.

Mr Igwe reminded that COVID-19 guidelines are in place for both adult and child who are interested in signing up for the programme.

Currently, registration is ongoing and forms can be uplifted from 5:00 pm on Tuesdays and Thursdays from the Nanny Cay Resort and Marina during the swimming meet.