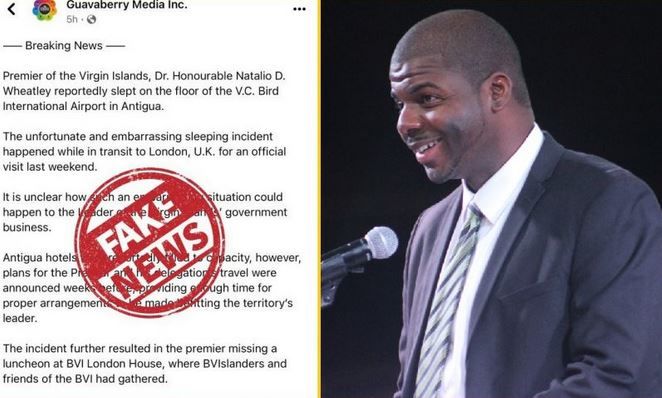 A post on Facebook by the controversial Rosemary Cindy Rosan that Premier and Minister of Finance Dr the Honourable Natalio D. Wheatley (R7) slept on the floor at the VC Bird International Airport in Antigua has been labelled as fake by the Government of the Virgin Islands.

Captioning her post as “breaking news”, Rosan said the alleged incident happened while the Premier was in transit to the United Kingdom for an official visit last weekend. 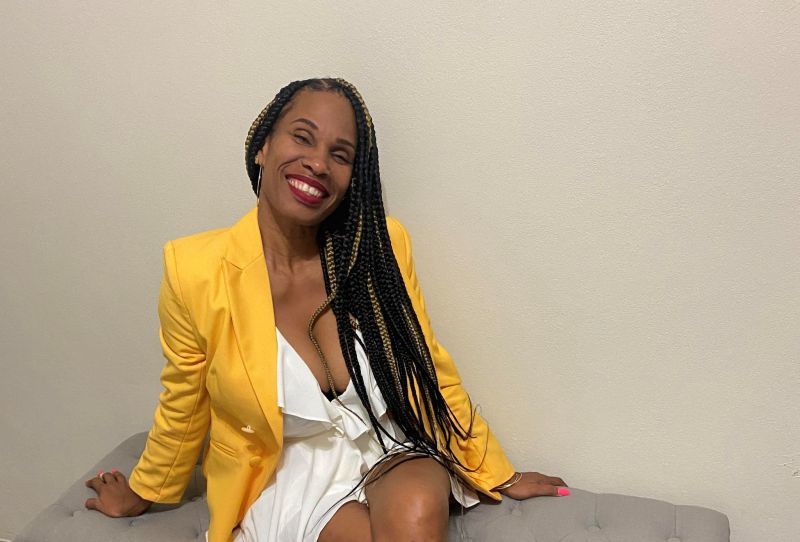 Rosemary Cindy Rosan has been a fierce critic of Premier and Minister of Finance Dr the Hon Natalio D. Wheatley (R7) and has often been accused of going overboard with her statements about him.


According to the post, Antigua hotels were reportedly filled to capacity; however, plans for the Premier and his delegation’s travel were announced weeks before, providing enough time for proper arrangements to be made befitting the territory’s leader.

It alleged the incident further resulted in the premier missing a luncheon at BVI London House, where VIslanders and friends of the VI had gathered.

Rosan claimed many have now begun to question the readiness of the team assembled around the Premier and their impact on his ability to perform.

“Following the missed meeting, the Premier reportedly appeared at the meeting via Zoom, following hours of waiting, where it was unclear whether he would appear. No explanation had been given to the gathered guests until an hour into the planned event.

On screen, the Premier expressed his apologies for his absence, while joking about his night and sleeping condition.

“It has been a while since the last time I slept on an airport floor”, he reportedly joked.

Attendees were left disappointed, while expressing concern that the Premier of the Virgin Islands slept at an airport and on its floor.

The Premier and delegation made it to London later in the week, ahead of other scheduled meetings,” the Facebook post alleged.

“The Government of the Virgin Islands is aware of misinformation that is posted by Guavaberry Media Inc. on Facebook and is being circulated via social media about Premier and Minister of Finance Dr. the Honourable Natalio D. Wheatley’s recent travel to the United Kingdom.

The public is advised that the information is irresponsibly communicated by others and is inaccurate and misleading.

On 6th January during his press briefing, the Premier advised that he would be updating the public on the outcome of the visit upon his return from the United Kingdom. The Premier will be doing so shortly,” GIS stated.

The Premier is slated to update the public on his trip to London at 11:00am today.