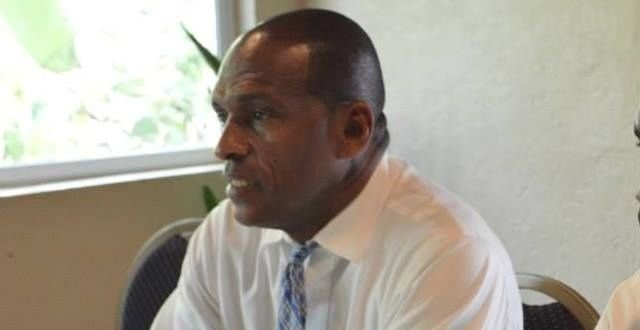 Discriminatory! You Can Vote, But Can't Run For Office

Hon. Mark Vanterpool has condemned a clause in the Constitution of 2007 which bars some belongers from running for political office but allows them to vote
The Fourth District Representative, a native of Anguilla and Belonger of the Virgin Islands, said that it is discriminatory towards these persons because they are not indigenous Virgin Islands.

He said that he does not know how it can be rectified, but it must be addressed in the upcoming constitutional review.

“I was grandfather in then, if I wasn’t on the voters’ list before 2007, I couldn’t run for office and I recognize that, but it’s not right. Are those categories of persons going forward since 2007, who may not have been grandfathered then but live here and belong here, are they going to be excluded from running for office,” he lamented in the House of Assembly during the debate of a motion for the constitutional reform, July 28.

Hon. Vanterpool said while these persons, like him, are not indigenous Virgin Islanders, they would have contributed to the Territory.

The opposition member added, “they contribute, they live here, they go to school here, they grow up here, they pay taxes here but they cannot represent under this new constitution if they were not grandfather like me. That is discrimination.”

The legislator made it clear that he has no issue with the need to protect the indigenous Virgin Islander.

“I know I am going to get beat up for it, but I am going to speak up because I am here to represent those people. It’s discrimination that you can vote, but cannot run for office. Something is wrong there. I don’t know how it can be fixed, but it needs to be fixed because it is going to be a problem,” he stated.

He mentioned that if he was not married to a Virgin Islander, his sons would be barred from running for office.

“If I wasn’t married to a Virgin Islander, my two children, if they were not registered before 2007, they couldn’t run for office. You understand that, that is discrimination,” he stressed.

Hon. Vanterpool also made the point that when he retires soon, he cannot become Deputy Governor.

“There are different forms of discrimination…I am a belonger I have the rights of belongership. Yes, in the constitution they put in something there that they are protecting the rights for indigenous people, but be careful, one day a minority might be running a majority. These are the facts and no representation of the majority will be in the House of Assembly,” he opined.

He warned that they be careful this does not come back to haunt them.

“We might not see it, be under the guise that we are protecting indigenous which is good, but be careful it is discrimination,” the opposition member cautioned.
#the Virgin Islands
Add Comment