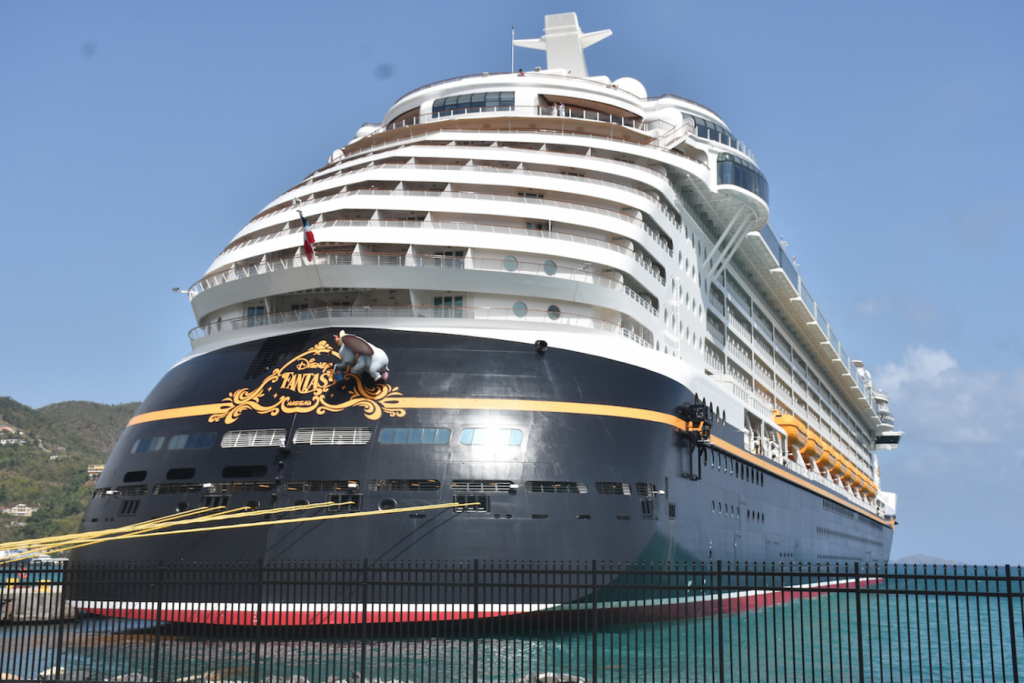 Disney Fantasy cruise ship has cancelled its August 27 call to the territory because of Tropical Storm Dorian. Assistant Operations Manager of the BVI Ports Authority (BVIPA) Joel Jones made the announcement on Monday, stating that the cruise vessel was the only ship scheduled to visit the territory this week.

He, however, said there is still a possibility the cruise ship will reschedule that call to the BVI once the weather system has passed.

“They might [reschedule] but we’ll have to wait for confirmation from them. That’s what they probably will do because they will have to cancel a whole bunch of islands. So they are probably rerouting and maybe on their way back will notify us. And once we have space, we will approve the berth,” Jones added.

He said the BVIPA made an early public announcement of the ship’s cancellation because it wanted to reduce the impact the cruise vessel’s absence will have on local businesses who were anticipating its arrival.

“Once we warn everyone in time, there shouldn’t be a huge impact for them because then they wouldn’t have workers out there who come to work and open up their business for that day. So that’s why we warned them that there will be no cruise ship so everybody can rearrange themselves.”