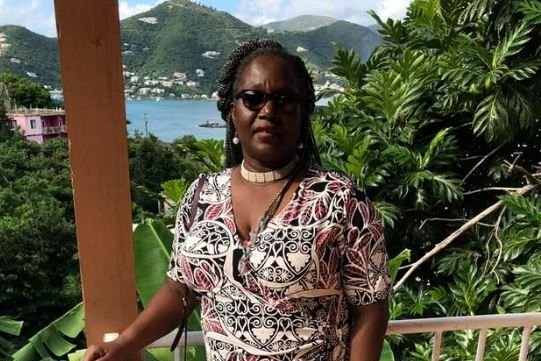 Sixth District representative in the Virgin Islands (VI) House of Assembly (HoA), Hon Alvera Maduro-Caines has called out the social use of the word ‘nigger’ and its alternative spellings, urging black Virgin Islanders to desist from using the words.

“I do not wear a slavery chain around my neck, so do not call me Nigga, Nigger or however you want to spell it. Boils down to the same thing,” Hon Maduro Caines said in a Thursday, January 15, 2021, social media post.

The use of the 'N word' has taken on a derogatory meaning when used to describe a negro person, even though negroes often use it freely against each other without repercussions.

Hon Maduro-Caines continued, “The time has come for us as Black people to move away from this name-calling of our brothers and sisters,” she said.

Further, she called on the VI community to rid themselves of envy and malice towards each other. 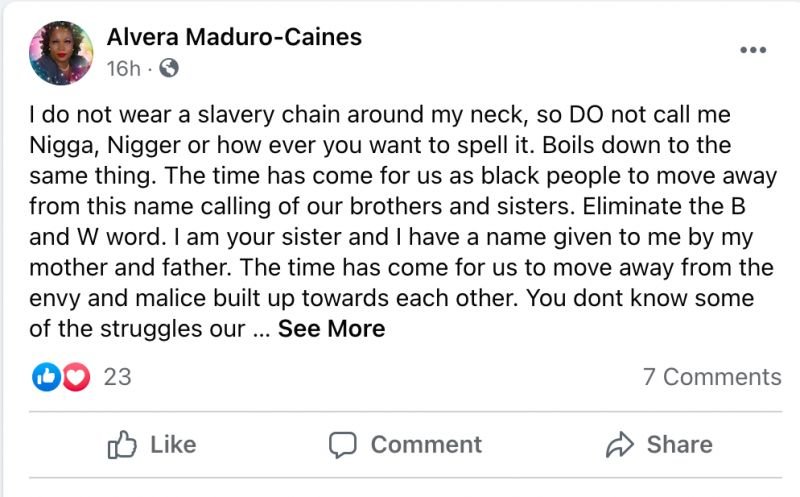 Over the years, the VI legislator has turned to social media and her Facebook followings to voice concerns on social issues, as well as engage with users in several community Facebook groups.

“Eliminate the B and W word. I am your sister and I have a name given to me by my mother and father. The time has come for us to move away from the envy and malice built up towards each other.”

Over the years, the VI legislator has turned to social media, including Facebook where she has a large following, to voice concerns on social issues, as well as engage with users in several community Facebook groups.

“You don’t know some of the struggles our people went through to get to the place they are today. Appreciate a brother or sister for their accomplishment inspite of what you may think or how you may feel about them,” Hon Maduro-Caines said while calling for love and unity to prevail.