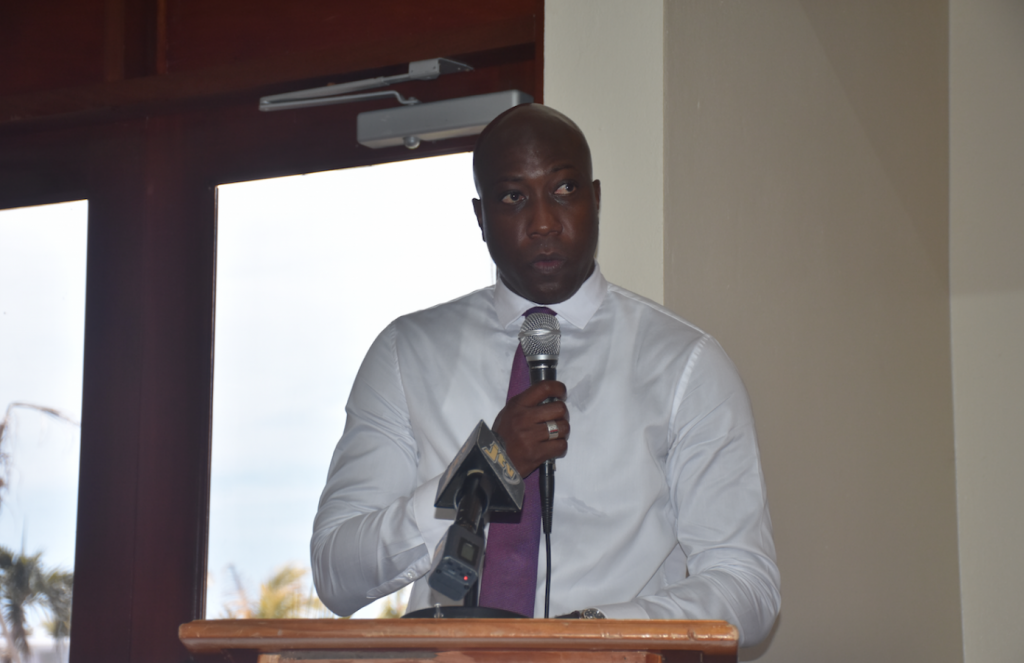 ‘Do we lockdown every time we have increased COVID cases?’

Former legislator Myron Walwyn is questioning whether the British Virgin Islands will go into a lockdown every time there is an increase of COVID-19 cases locally.

Premier Andrew Fahie recently advised residents to prepare for a possible lockdown since the territory now has more than three dozen active cases of the virus and the majority of legislators were supporting the move.

Following that statement from Fahie Sunday night, Walwyn said “research shows that lockdowns assist with cutting the rate of transmission of COVID-19 but also usher in a myriad of economic, social and health problems for the community”.

“We have to find the balance. We must learn how to live with this virus. It is not going anywhere now. After 14 or 21 days of lockdown, it will still be around. Do we lock down every time we have cases?” he questioned in a post on social media site Facebook on Monday.

Need for a plan

Meanwhile, the former legislator called on government to produce a “well-developed” plan for the territory.

He said the emphasis on any such plan should be on the social behavioural modification that entails constant education on how to live with the virus.

The former Chairman of the National Democratic Party said emphasis should also be placed on proper monitoring and enforcement mechanisms for medium to high-risk businesses/activities. He said this would be in addition to safety protocols government has already implemented such as limiting the size of gatherings, proper border protection, quarantining, contact tracing, etcetera.

These, he said, could be viable when done collectively and done efficiently.

“I know emotions are high right now, but these decisions cannot be made on emotions. The stakes are too high! Let us think this situation through because we could do immense damage to our livelihood which we will be grappling with long after the virus has retreated,” Walwyn stated.

In the statement issued late Sunday night, Premier Andrew Fahie promised residents that an announcement on whether the lockdown would be implemented would have been made on Monday.

However, shortly after 9 pm, a government-issued bulletin indicated that the announcement would instead be made at 11 am on Tuesday.

No reason for the delay was provided.