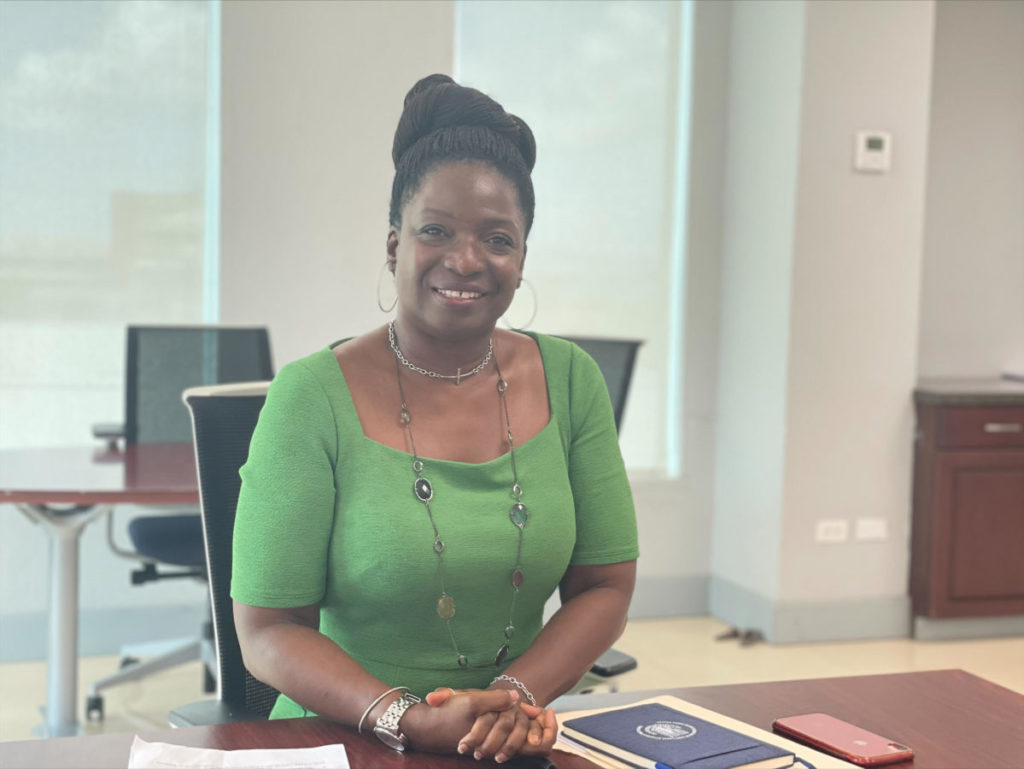 Chief Executive Officer (CEO) of BVI Finance, Elise Donovan has said the ability to do business remotely significantly contributed to the positive growth of the local financial services sector, despite facing challenges with COVID-19.

The CEO said the resilience of the sector in face of the pandemic was one of the topics covered by her organisation’s new BVI 360 content series.

She said tens of billions of dollars in global transactions continued to operate from the territory’s international financial centre throughout the pandemic.

“It shows that GDP (Gross Domestic Product) growth was 2.2 per cent and it was a result of the financial services still continuing to work and to do remote business even through lockdown to operate effectively and efficiently to allow the economy to still thrive despite what was happening in the BVI in relation to the pandemic and around the globe,” Donovan said.

“We also had new [company] incorporations [which] were up to 62 per cent—the highest since 2018 and that is something that is significant. We have seen that even with quarter-one of 2022, the financial services are showing upward growth when you look at the previous year’s quarter,” she added.

Donovan added that the BVI has positioned its financial services sector to operate autonomously and independently and it was not impacted by the fallout of the Commission of Inquiry or the arrest of the former Premier, Andrew Fahie in Miami.

“We wanted to ensure we keep that message positive throughout the world that the financial services industry operates autonomously, and it continues to operate with robust regulations and is very much involved in the fight against financial crimes globally,” Donovan said.

She noted that BVI Finance wants to recognise that the international centre contributes significantly to the territory’s economy as it accounts for more than 60 per cent of government revenues and a significant percentage of GDP per capita.

“It is important to know that this industry continues to function and do well,” Donovan said.