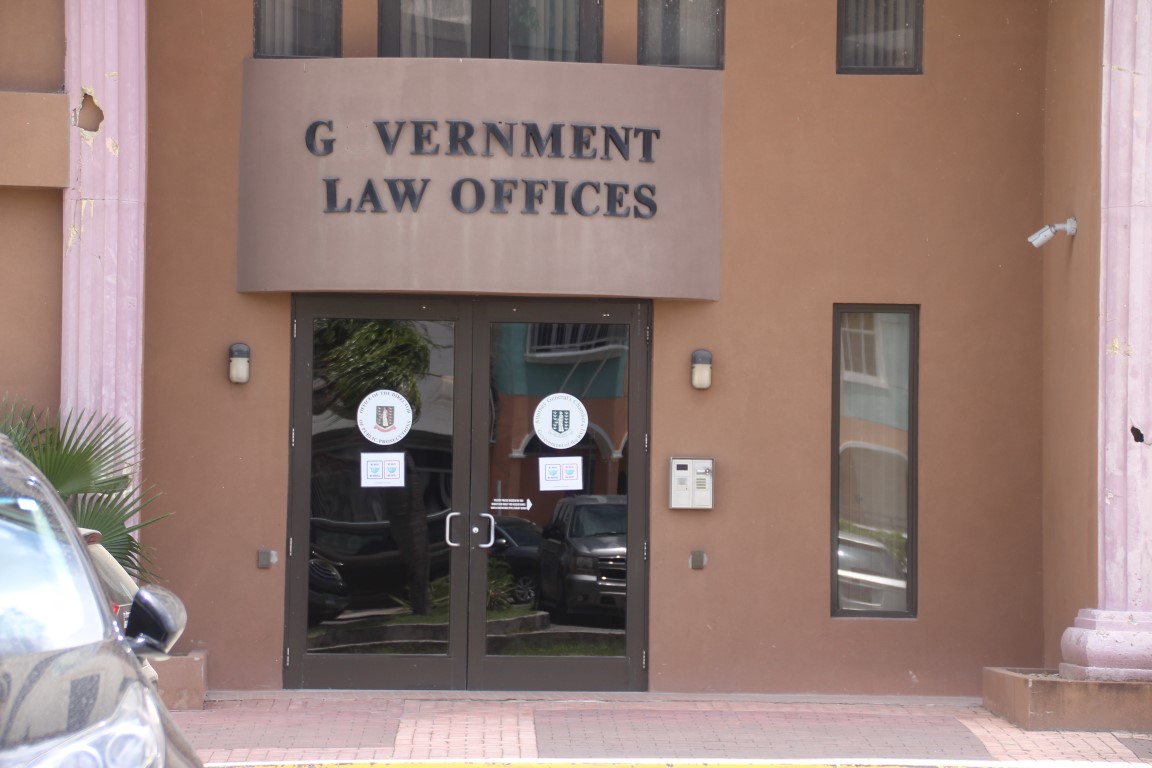 The Office of the Director of Public Prosecutions (DPP), which has a policy not to comment on ongoing criminal cases, has broken its silence after a case involving an American fisherman began generating notable interest in international media.

The accused fisherman, Michael Foy, was charged after allegedly being caught in BVI waters with 7,000 pounds of fish on his vessel early last month.

Since then, reports from some US media outlets have made insinuations that the DPP has padded charges on to the accused man’s case file. One media report from the Miami Herald in the United States said Foy was “initially detained for illegal entry into the British Virgin Islands, but at his June hearing he was also unexpectedly charged with illegal fishing”.

“Friends and family say vessel-monitoring reports with video and GPS obtained from the vessel verify that Foy is telling the truth, that he didn’t fish in BVI waters. But his lawyer and family said they couldn’t share the reports with the Miami Herald because of the ongoing legal proceedings,” the report further read.

In a subsequent statement on July 17, the DPP’s Office said it found it ‘necessary’ to issue a statement on what it describes as “the facts of the case”.

The DDP’s Office said that Foy was caught in the territorial waters near Peter and Norman Islands by Her Majesty’s Customs on June 8 this year. Foy, who was said to be captain of the vessel, was in the company of Indonesian nationals, who could not speak any English and were holders of C-11 Transit Visas, which is only applicable to persons working on a fishing vessel.

The DPP’s Office said the accused man admitted to Customs Officers that he was the captain of the vessel and claimed that he received permission to enter the territory.

However, a probe by the Royal Virgin Islands Police Force confirmed that “permission was sought and denied by the Chief Immigration Officer as the borders of the Territory were closed as part of the territory’s response to the COVID-19 pandemic”, the DPP said.

As a consequence, Foy was charged with ‘illegal entry’, ‘operating an unregistered and unlicensed foreign fishing vessel’, and ‘failing to arrive at a Customs Port’.

“Pursuant to the 2010 Customs and Duties Management Act the vessel was detained and the court made an order for the fish to be forfeited and resold to benefit the government pursuant to section 75 of the Fisheries Act, 1997 as amended,” the DPP’s Office stated.

The accused man was not granted bail because he has no connection or legal status in the BVI.

“As the Office of the Director of Public Prosecutions, it is our duty to ensure that the law is properly enforced, the relevant evidence is placed before the court, and the duties of the disclosure are complied with. We believe that all accused, victims and witnesses have a right to a fair trial and act in the interest of justice. Therefore, we will not issue any further comments on this matter,” the DPP’s statement concluded.

Meanwhile, a woman who goes by the Facebook name Kelly K Foy, who claims to be the sister of the accused man is seeking his release. At the time of the post on June 25, she said the last time she spoke to her brother, she told her brother was worried as he did not understand why he was detained.

“He has been commercial fishing out of Puerto Rico with his US flag vessel and legal crew members from Indonesia for several years. The crew is stuck on the boat all alone, and I’m sure they are scared themselves. Their boss and captain have been taken away,” she wrote.

She added: “Tortola has been a frequent stop to gain Customs clearance for the crew and then they would return to PR to offload. The fish are then shipped mainly to the US to all reputable companies. He is part of the food supply chain, and his vessel is my family’s livelihood.”

“The charges he is facing are outrageous, and ultimately it may come down to forfeiture of his vessel which would be like taking his soul away from him. Additionally, he’s looking at over a year in prison and $500,000 in fines. All for doing exactly what he’s done every three to four weeks for years!”

Attention from US senators

Meanwhile, other media reports are that Mr Foy’s story as attracted the attention of a few United States Senators who have reportedly have penned a letter to the Deputy Governor David Archer, Jr whose office has responisibilty over the local courts.
#COVID  #COVID-19
Add Comment