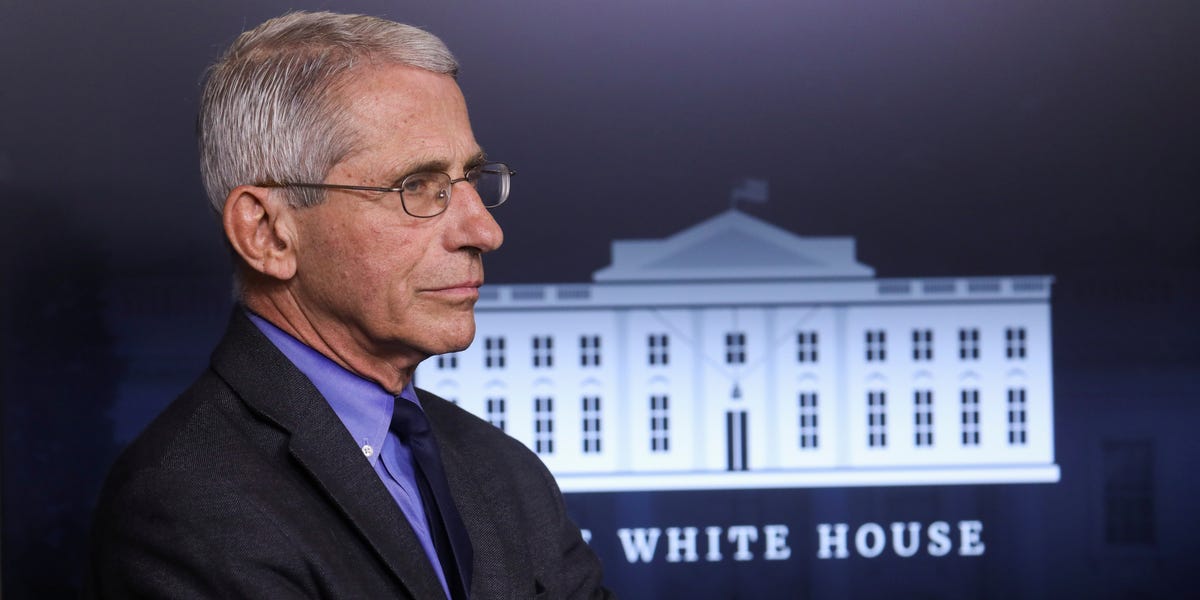 Fox News and Republican allies of President Donald Trump have been pushing the lab narrative hard in recent days, despite a lack of hard evidence.

"A group of highly-qualified evolutionary virologists looked at the sequences in bats as they evolve. The mutations that it took to get to the point where it is now is totally consistent with a jump of a species from an animal to a human," Fauci said at the daily White House press briefing in response to a question from a reporter on the theory, which has been pushed by President Donald Trump's allies in recent days.

The precise origins of the novel coronavirus, which is officially known as SARS-CoV-2 and causes the disease COVID-19, remain somewhat of a mystery. But, as Fauci underscored in his remarks on Friday, studies of the virus' genome have strongly indicated that it was transmitted from an animal to a human.

"We do not believe that any type of laboratory-based scenario is plausible," an analysis published in Nature Medicine in mid-March said. The study, led by computational biologist Kristian Andersen of the Scripps Research Institute in California, compared COVID-19 to the six other coronaviruses known to infect humans. The analysis explicitly states that the evidence shows SARS-CoV-2 "is not a purposefully manipulated virus."

But as research on the origins of the novel coronavirus continues, some in the Trump administration, including the president, are seemingly still open to the possibility it escaped from a Chinese lab.

"A lot of strange things are happening ... We're going to find out," Trump added.

But the US intelligence community has looked into the theory for months and hasn't found hard evidence to back it up, according to a report from Politico, which cited multiple sources familiar with the matter. An administration official told Politico, "There's no consensus."

Meanwhile, Fox News has been pushing the lab narrative hard over the past week. "Sources believe coronavirus outbreak originated in Wuhan lab as part of China's efforts to compete with US," a report published on Wednesday and co-authored by Fox News anchor Bret Baier said.

Along these lines, Trump's advisers and congressional allies have been hammering China in recent days, excoriating the Chinese government over its lack of transparency in relation to coronavirus.

GOP Sen. Tom Cotton of Arkansas on Wednesday told Sean Hannity of Fox News that China "must be made to pay the price" if it's determined the virus came out of a Wuhan lab.