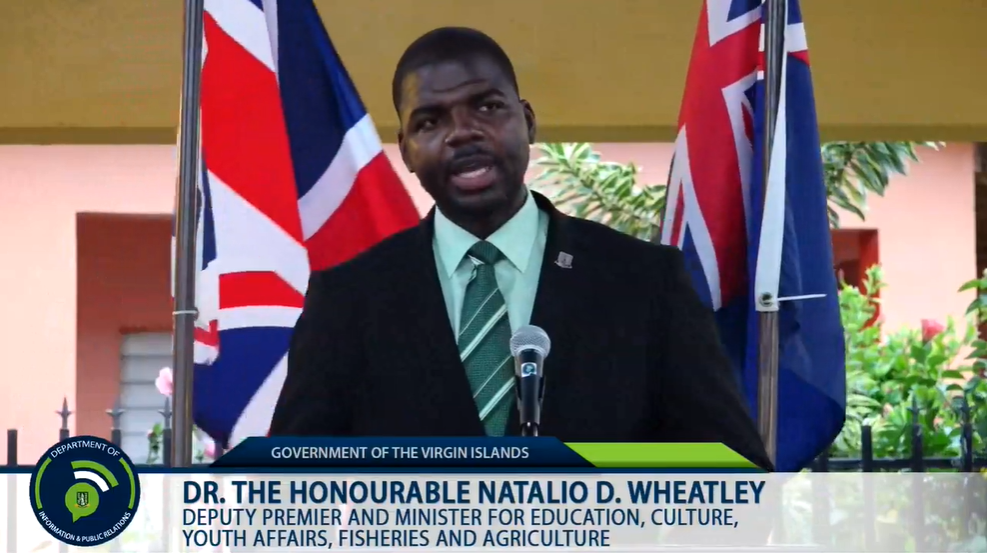 Dr Natalio Wheatley has officially been chosen and sworn in as the Deputy Premier of the British Virgin Islands for the remainder of the Virgin Islands Party government’s current term in office.

The announcement was made at an official informing ceremony at the Stickette in Long Look on late Friday.

“Today on the 7th of August, the day that is my birthday, I am pleased to announce that Honourable Dr Natalio Wheatley is now sworn in as Deputy Premier as this government continues to work together to take this territory forward in the interest of all,” Premier Andrew Fahie stated during his speech.

“I know that he would do an excellent job because he would get the support of all of us, his colleagues. There is a lot of work to be done and I look forward to the expertise in a dynamic way from each person to be able to tackle these issues,” Fahie added.

Premier Andrew Fahie said the decision was not an easy one as each minister excelled while serving in a temporary Deputy Premier post when they were being rotated for three months at a time.

“Giving portfolio ministers a chance at the Deputy Premier seat is to ensure each link in this government’s chain is strong. The temporary appointment allows for each minister to get the experience and ensure that they develop in all areas of government,” Fahie stated.

Added responsibility won’t take away from duty to constituents

Meanwhile, Dr Wheatley who was the first of the ministers to serve in the temporary post of Deputy Premier in March 2019, thanked the Premier for making the investment in him.

He also informed his constituents the added responsibility will not take away from his duty as a representative, and further said he plans to take his new role very seriously.

“I want to let the persons of the Seventh District know that this position that I have received will not make me work any less hard for your interest,” he said.

“None of these titles mean anything if the people are suffering and these titles are not just for our own self aggrandisement, it’s not for us to exalt ourselves over others. These titles are really placing a heavy responsibility on our shoulders to be able to serve others, and that’s what leadership is about,” Dr Wheatley further said.

The Deputy Premier in the previous NDP government was also Representative of the Seventh District.