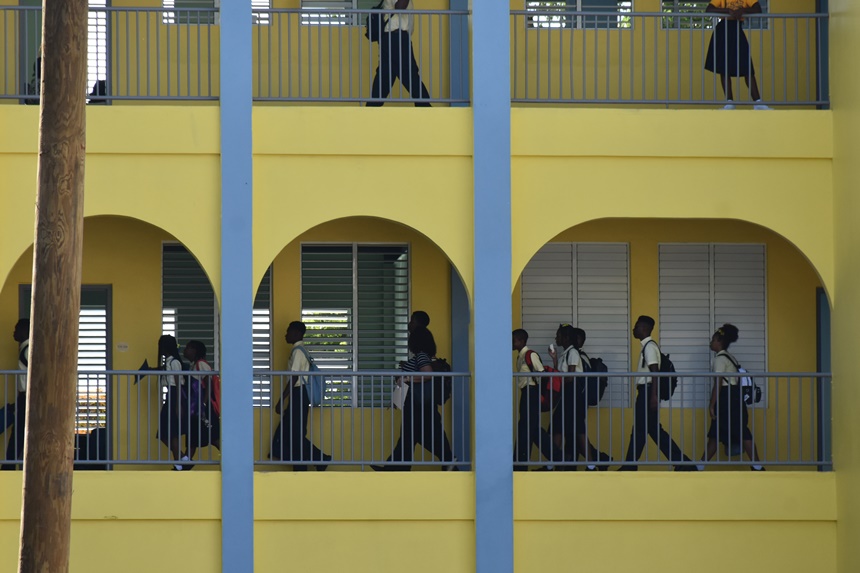 The Ministry of Education has launched a Positive Behaviour Management Campaign which will see a number of billboards, slogans and jingles played and displayed across various communities in the British Virgin Islands.

Chief Education Officer Connie George said the initiative, which is jointly funded by the United Nations International Children’s Fund (UNICEF) and the United Kingdom government, is aimed at highlighting positive behaviours among students in the territory.

“For the past two to three years, we have been encouraging the positive behavioural framework as a part of discipline of students in schools. Many times, it is the practice to accentuate the negative, highlight the shortcomings, and in fact the student with the negative behaviours are the focus,” George said during the virtual ceremony on Thursday.

“Positive behavioural framework says the opposite. Let us reward, award and accentuate those students that are representing good behaviour, helpers, making a positive impact and those who are trying to do well,” she added.

Education Minister Dr Natalio Wheatley stressed the importance of the initiatives and the many benefits that will stem from the venture.

He said: “I unite with UNICEF with the goal that we should reinforce positive behaviour as opposed to simply focusing on negative behaviour.”

“We show the importance of rewarding behaviour that we all expect, at the standard that we all expect and we emphasize it, we bring attention to it, we allow persons to understand that this is the way that you should behave if you want to get positive results in your life,” he added.

Educators encouraged to jump on board

The minister also encouraged all persons at all levels of the BVI’s education system to join the initiative to help further promote positive behaviour in the territory.

“We must do it in our homes so that we can make the job of the teachers and the principals and the administrators much easier. Of course, we must also do it in the classrooms, we must do it on the playgrounds, we must do it everywhere within our society,” Dr Wheatley stated.

UNICEF’s commitment to the BVI

Meanwhile, UNICEF’s Representative for the Eastern Caribbean Dr Aloys Kamuragiye gave assurance that the BVI will continue to benefit from programmes which are aimed at improving the livelihood of children across the territory.

“I can confirm that UNICEF will keep working with BVI partners to ensure that BVI is fit for their children, that all children in the BVI enjoy their rights,” he stated.
Add Comment