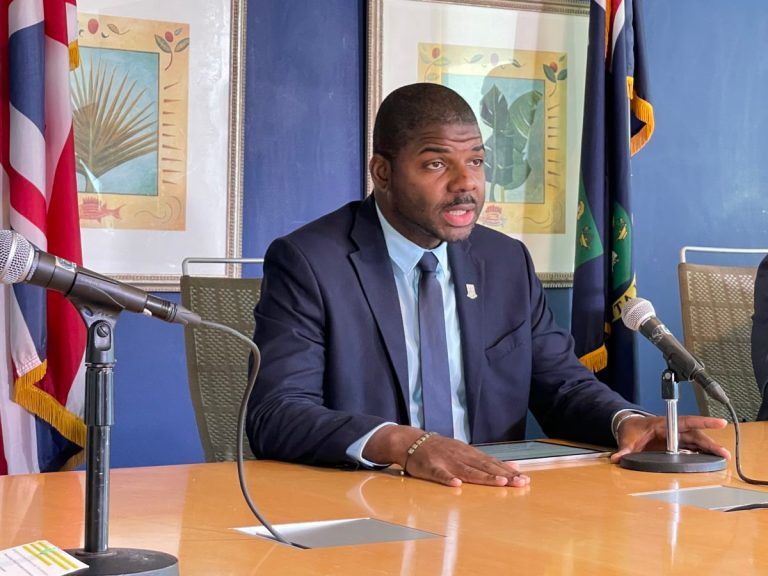 Premier Dr Natalio Wheatley has moved to set the record straight by revealing that elected leaders were not the ones who implemented the damaging charter boating rules that were restricting boats from the neighbouring US Virgin Islands (USVI).
The BVI’s strict policies for foreign charter boats were implemented last year and made it more difficult and costly for USVI charter boats to enjoy BVI waters. However, they were recently reversed by the BVI government after the USVI threatened to take retaliatory action.

Speaking on the Morning Braff radio show on Tola Radio recently, Premier Wheatley confirmed that the rules were not originally made by the elected leaders in the House of Assembly.

“Last year, the decision was made among various agencies for these persons (foreign charter boats) to have business licences and work permits. It wasn’t a Cabinet decision made by ministers or anything that went to the House of Assembly,” Premier Wheatley explained.

He also said USVI businesses weren’t the only ones negatively affected by the new measures, as persons living on Virgin Gorda lost a lot of business when USVI charter boats were pushed away from the territory.

“It created some problems with traffic into the Virgin Islands. Places like Virgin Gorda, tourism is all they really have and when you cut down the amount of traffic going there, it has a real effect on their livelihoods,” Premier Wheatley said.

He added that the restrictions against foreign boats had started to affect the staff at some government departments in the BVI as the requests for business licences and work permits increased their administrative burden.

“We need to improve the efficiency of our departments like Trade and Labour — a lot of the staff are understaffed and overworked. Then you add a real administrative burden to these departments and then it would be very difficult for them to get their paperwork on time to serve their clients (foreign charter boats),” Premier Wheatley explained.


The Premier also responded to critics who said the Government of National Unity ‘folded’ and yielded to the USVI when they dropped the restrictions against foreign charter boats.

The Premier said the USVI and the BVI have always had a great relationship and there is no reason to cause a strain between the two territories.

“We believe the USVI — those persons over there are our family. It doesn’t make sense for us to be fighting with the USVI. Yes, we want to be respected and we will be because we are making amendments to legislation that will give our locally-based boats an advantage,” Premier Wheatley argued.
#the Virgin Islands
Add Comment