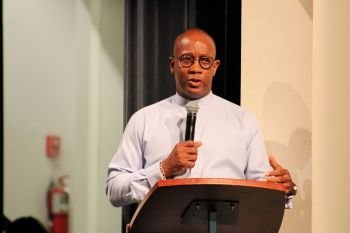 Electricity bills drop by some 47% amid COVID-19- BVIEC

said decrease due to global drop in fuel price

On the heels of criticism that the BVI Electricity Corporation (BVIEC) has been making it hard for customers to quality for amnesty for May, June and July, the Corporation announced that a reduction in the “recent month’s” electricity bills was as a result of the global decline in the cost of oil, and the corresponding by-products of same, such as gasoline and diesel fuel.

In a press release today, June 1, 2020, BVIEC said residents in the Virgin Islands would have noticed as much as a 47% percent decrease in electricity bills.

It said the fuel surcharge rates which customers would have seen on their bills year to date in 2020 is as follows:

“The BVI Electricity Corporation has about 15,600 customers Territory-wide that benefited from the reduction in fuel surcharge,” the press release stated.

The corporation said it remains committed to delivering an exceptional customer experience by fostering partnerships and safely developing the VI “as we invest in our people and provide sustainable, innovative energy solutions at an affordable cost.”

It was on June 4, 2020, that the Board of Directors and Management of BVIEC were put on blast over a policy that all bills up to April 2020 must be paid before a government-backed 3-month amnesty is granted.

“BVIEC you’re wrong, this is heartless, this could not be what the government intended, amnesty should be amnesty,” Skelton-Cline had said on his ‘Honestly Speaking’ radio show on ZBVI 780 AM.
Add Comment