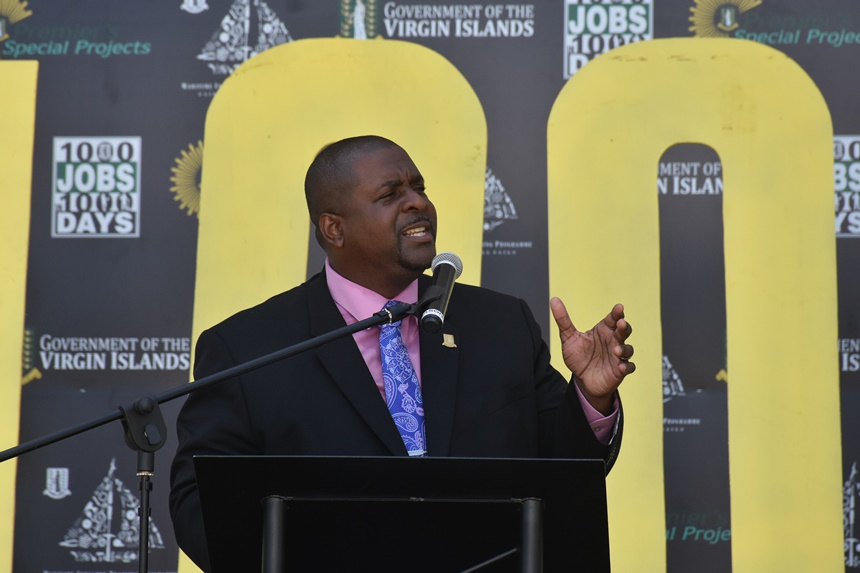 Employers in the British Virgin Islands are now required to prove that they have fully exhausted the territory’s pool of unemployed locals before any of their work permit applications are approved.

Premier Andrew Fahie described this as one of government’s newest Labour policies as his administration endeavours to provide 1,000 jobs in 1,000 days to BVIslanders.

He said a list of unemployed locals and the type of job that they are capable of doing has been compiled for employers.

He further said this ‘Locals First’ policy is already in place.

“We are working out some policies with the Ministry of Natural Resources & Labour where we are going to ensure that whether it is marine or other areas, the belongers are the ones who get the job first,” the Premier said.

“The Labour Department already has the list and any employer that calls, ‘no work permit’ will be given out until you have proven that you have exhausted all the BVIslanders and belongers that are on the list,” he added.

In the meantime, Premier Fahie announced that Little Dix Hotel on Virgin Gorda has promised to hire about 250 locals once they reopen.

He explained that a document resembling a Memorandum of Understanding (MOU) would be signed between the government and the said hotel as well as other tourism establishments in that regard.

“One of the recommendations or conditions [of the MOU] is our people must benefit through these jobs and other areas,” Fahie said.

The Premier also said a team would be canvasing the districts to ensure that everyone in the territory who wants to work, will find work.
Add Comment