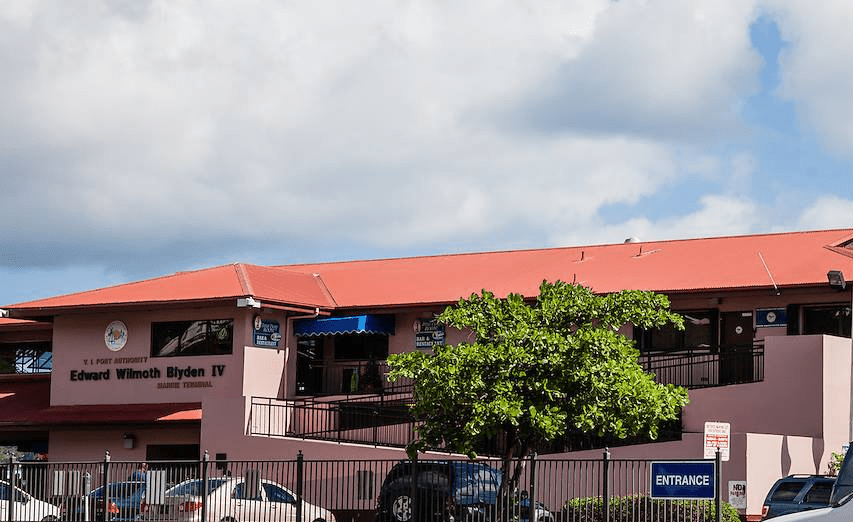 A crowded arrival lounge at the Cyril E. King Airport in St Thomas (STT), packed with anxious tourists headed to the BVI, has caused questions to be raised about the lack of any visible presence of BVI Tourist Board (BVITB) staff, despite a well-branded welcome booth at the facility.
Heavy criticism emerged over the cost of maintaining the empty booth and about the glaring absence of any visual aids or videos for anxious tourists searching for details on ferry schedules and other helpful information about getting to the BVI from St Thomas at one of the busiest times of the year.

Many residents expressed disappointment after one observer pointed out that the BVI Tourist Board’s booth at the STT airport has been left empty for some time now and the Greeter Service previously operated by the agency appears to have been discontinued.

The observer, a local resident of the territory, posted a hypothetical scenario on social media about a first-time visitor to the BVI arriving at the neighbouring airport and anxiously awaiting information about a ferry that may have been delayed and alternative options if there is a delay.

In the scenario, the first-time visitor comments that it is advertised on all media platforms that someone from the BVI Tourist Board would be there to assist visitors. However, they were at a lost for words, given the empty booth and a baggage claim area that was packed.

The resident pointed out that they would probably be forced to sleep in St Thomas if they had not known their way around.

A 2018 release on the government’s website noted the return of a greeter service at the airport and at the Wilmoth Blyden Ferry Terminal after the 2017 hurricanes, however, it is unclear if this was ended after the Virgin Islands Party (VIP) administration took office in 2019.

According to the release, BVITB staff were expected to meet and greet travellers en route to the BVI, delivering a concierge service that provides a seamless travel experience.

“The St Thomas Greeter Service which debuted in 2015, was created to guide travellers destined for the BVI”, former BVITB Director Sharon Flax-Brutus said at the time. “We are excited to offer this service to our guests creating a professional BVI experience even before they arrive on our shores. This saves our guests time and provides them with peace of mind”.

BVI News reached out to the BVITB Director, Clive McCoy for a comment on the matter but our news centre did not receive a response up to the time of publication.
#the Virgin Islands
Add Comment