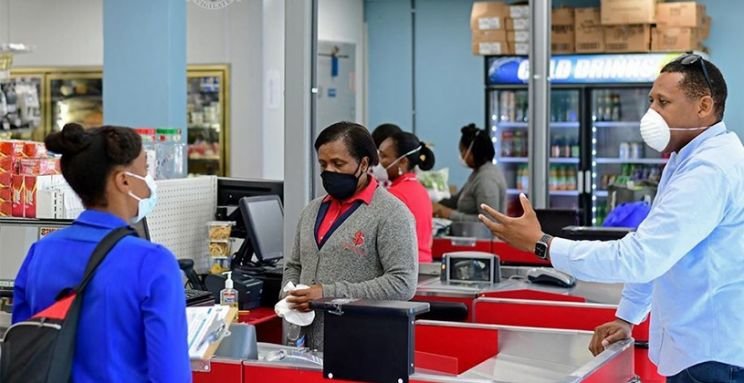 Junior Minister for Tourism, Hon. Sharie de Castro said when the Consumer Protection Act 2019 becomes law, businesses will be mandated to display prices on goods and accompanying legislation will see the appointment of enforcement officers to keep businesses in line.

The former Junior Minister for Trade also mentioned that she is pleased that the Bill has finally made it before the House of Assembly.

“This Bill has been around for quite some time, as far back as 1995, it has be written, rewritten, updated. Mr. Speaker, I am proud to be part of the administration that takes this effort forward. The people have been asking for this Bill for a very long time and I am glad that it is here before this house,” she said.

She added, “Mr. Speaker, just to highlight, this Bill does not just provide consumers with recourse, but it also shields suppliers from frivolous and vexatious claims from the consumer. So it is a very balanced bill, and I wanted to make that clear. There is some rhetoric that it being a consumer-based, in terms of bias, versus having a balance in terms of where businesses feel protected as well.”

Hon. de Castro highlighted that with the VI Trade Commission Act 2019, which was also passed in the House of Assembly during the Eighth Sitting of the Second Session of the Fourth HoA last Tuesday, special officers would be part of the enforcement strategy.

She explained: “The Trade Commission that was previously passed in the House is the vehicle that will institute and monitor the Consumer Protection Act. There will be Consumer Protection Officers as well that will go out to the various establishments to ensure that this is adequately enforced, which is commendable and needed for us to truly allow enforcement to take place.”

Hon. de Castro also said she was pleased that there will be prices of products on display.

“I am elated to know that things like putting the price on goods will be now mandated, having gone into the supermarkets almost weekly and we see that prices are not reflected on the items. I think it brings the business community in a place where they have to now take things to a different level and to ensure that the consumers are readily informed on the pricing of the products and the various details of the product so they can make an informed decision upon purchase.”

Premier Andrew Fahie who also spoke on the VI Consumer Protection Act and indicated that “What was delivered should match what was ordered and the customer should not be forced to pay for goods or the return of goods that they did not order.”

The two pieces of legislation will go side by side, with the Consumer Protection Act providing the backing that the VI Trade Commission Act requires to among others, investigate complaints when there is a possible breach of the law.

Both bills are with Governor Augustus Jaspert for final consent before being enacted.
Add Comment