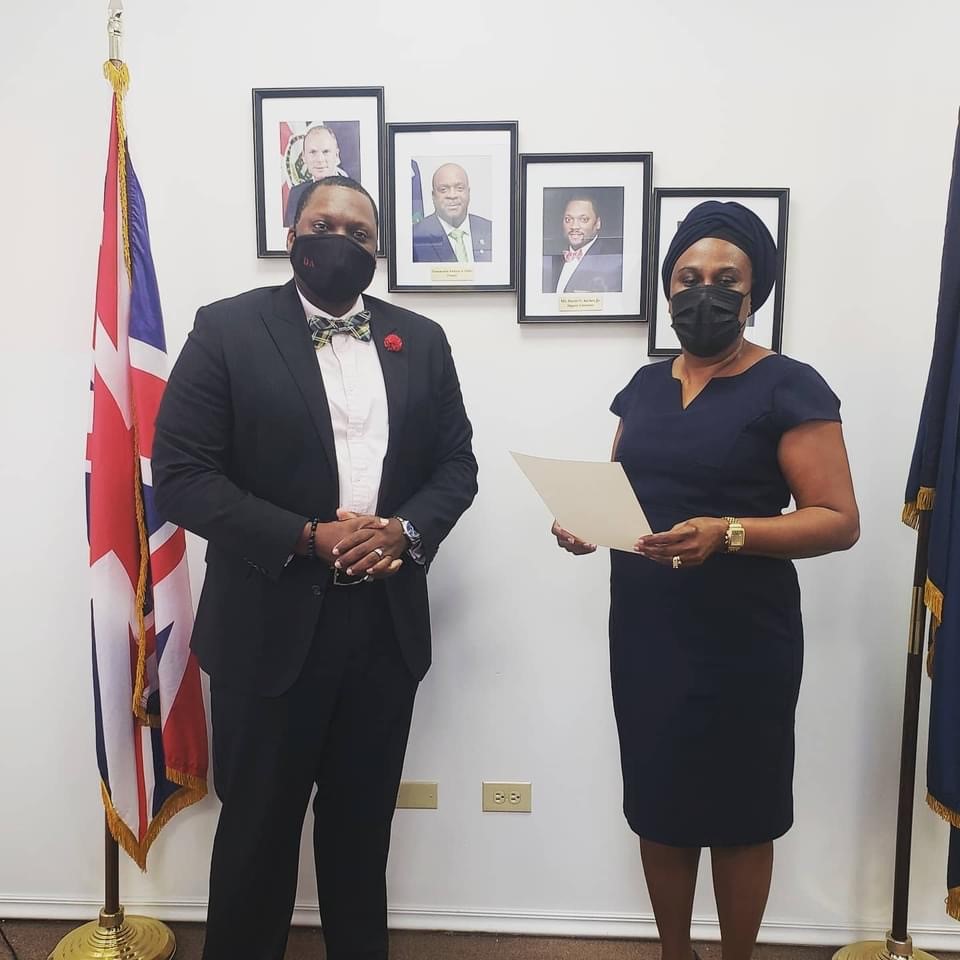 Newly appointed, Complaints Commissioner, Mrs. Erica R. Smith-Penn signed her Oath of Confidentiality in the presence of the Acting Governor, Mr. David Archer. Mrs. Smith-Penn is now ready to execute her role and serve the people of the Virgin Islands.
Deputy Governor Archer, confirmed the signing of the Oath of Confidentiality via facebook post published on the January 9, 2021.

Mrs. Smith-Penn’s appointment was first announced in November 2020 and was scheduled to take effect on January 1, 2021.

Mrs. Smith-Penn will lead the Office of the Complaints Commissioner as well as the investigations carried out by that office.

His Excellency the Governor Augustus Jaspert appointed Mrs. Smith-Penn to the post after consultation with the Premier and the Leader of the Opposition in accordance with section 110(2) of the Virgin Islands Constitution.

Mrs. Smith-Penn holds a Graduate Diploma in Law from the College of Law in Birmingham, United Kingdom; a Bachelor of Laws Degree from the University of Birmingham (Upper Second Class Honours); and a Bachelor of Arts Degree in Management from the University of the Virgin Islands (Summa Cum Laude) in the United States Virgin Islands. Mrs. Smith-Penn was admitted as a Barrister of England and Wales at Lincoln’s Inn in the United Kingdom, and as a Barrister of the Eastern Caribbean Supreme Court. She was inducted into the Golden Key Honour Society, she is a trained mediator and was ordained as a Minister of the Gospel in 2005.