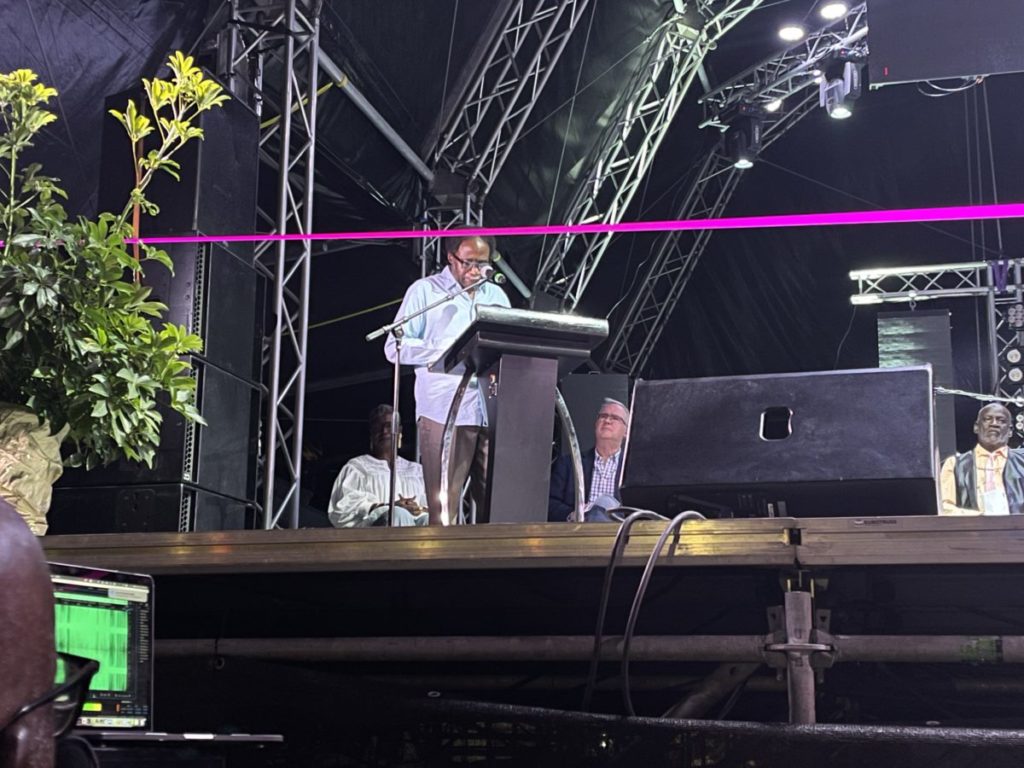 Leader of the Opposition Julian Fraser has called for the Constitutional Review Committee to create a new section in the Virgin Islands Constitution that establishes a category for indigenous Virgin Islanders who would get reparations from the United Kingdom.

Speaking at the opening of the emancipation festival celebrations last night, the Third District Representative noted he wanted people to remember one word – reparations – when they left the festival grounds last night.

“I don’t ever want you to forget that one word. I want you to let your children know that one word because it means everything to the future of the Virgin Islands. Before I leave that word with you, I want to say to you that,” Fraser said.

The Opposition Leader noted that the British government has finished paying off a loan that they used to pay the masters of the plantations at the time of emancipation and mentioned it is time for them to get a new loan to pay reparations.

The Senior Legislator also spoke candidly about the recent Commission of Inquiry and the consequences surrounding the recommendations made by Commissioner Sir Gary Hickenbottom.

“As recently as 2021, January to be exact. A commissioner was appointed to do a Commission of Inquiry and exactly 16 months later, that Commissioner submitted a report to the Governor. In that report, the Governor was told as a recommendation that they should suspend parts of our constitution and impose self-rule on our country,” Fraser said.

“I want you people who are going to be dancing on August Monday to understand what is going on in this place. We have a fight on our hands, and we are going to fight it together and we are going to win. Because like I said in the House of Assembly the other day, the Order in Council has already passed. It is only waiting on the Governor to sign off on it and I said to them, that the Governor has conscience because he did not sign off on it. He is here today, and I am saying the same thing,” the senior legislator proclaimed.

Fraser said people should not take emancipation lightly. He said it has been happening for 188 years and now it is clear, at this time in the territory’s development, what can happen. He said the territory is made of strong people.