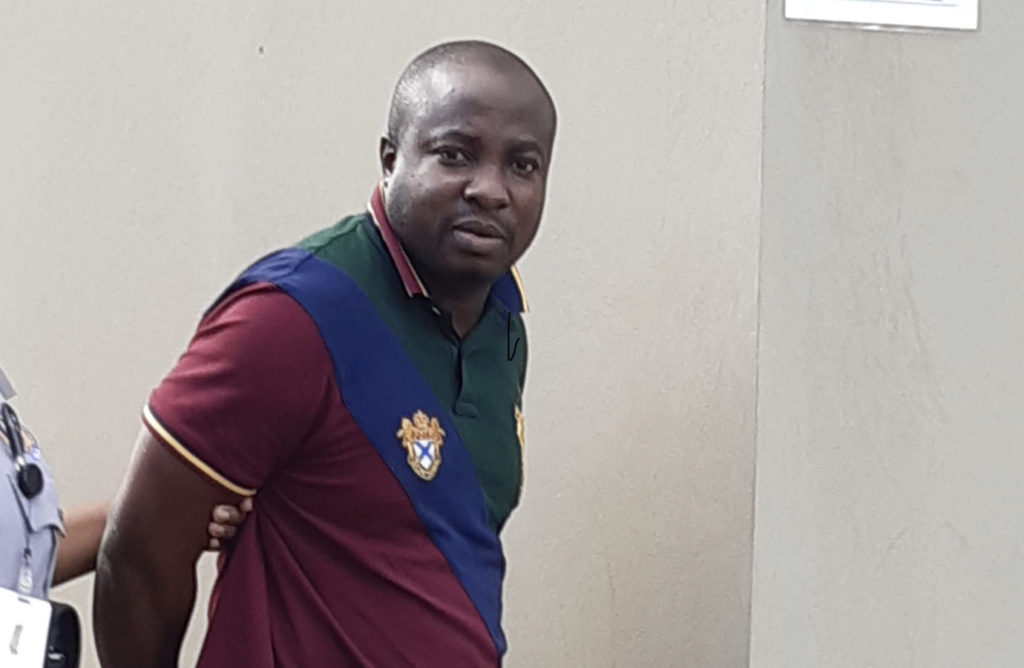 In the wake of a stabbing that left one inmate dead and three others injured, an ex-convict at Her Majesty’s Prison has made damning allegations into what he said transpired during the time he spent at the facility.

A little more than a year ago, Chelsea Mutyaba of Uganda was convicted for engagement in smuggling and failing to declare $23,241 while travelling through the TB Lettsome International Airport in March of 2020.

Now released and back in Africa after being imprisoned for six months, the Ugandan shared his experience in an exclusive telephone interview with BVI News on Monday, May 31.

Among the revelations, Mutyaba disclosed that select inmates were inconspicuously made to leave the prison for minutes to hours at a time at the pleasure of prison officers.

“I did witness it,” the East African claimed. “It’s something that happens often. It’s always happening. It happens but it doesn’t happen to every prisoner … Someone can stay 30 minutes, one hour, two hours,” Mutyaba alleges — claiming that the prisoners who ‘slip out’ are typically either locals or persons with lengthy sentences who have built a rapport with prison officers.

The East African said one of the windows of opportunity inmates get to leave custody and disappear is when they visit the prison’s farm.

Mutyaba, an accountant by profession, said he understands that inmates typically leave to visit relatives and spouses, among other reasons. And when they return, he claims they regularly return with marijuana.

But that is not the only contraband he’s personally witnessed behind prison walls.

“Remember, always, day-to-day, there are confrontations between officials and the prisoners. They want to fight, they’ve got knives; all that,” he explained.

How do weapons get inside prisons?

His statements might be the clearest indication of how inmates might come into the possession of weapons they used to maim or injure others while incarcerated.

BVI News put related questions about this matter to Petrona Davies who is Permanent Secretary in the Ministry of Health & Social Development, which has joint responsibility for the prison.

Asked how weapons reached behind prison walls, Davies said: “If I had the answer to that I’d be much happier so we are investigating and I’m not in a position to say because I don’t have that information.”

Our news centre also contacted the Acting Superintendent of Prison, Royston Percival who declined to comment on anything related to Sunday’s incident that resulted in 29-year-old Nickhail Chambers being fatally stabbed.

Percival said he did not want to prejudice any ongoing probe. He did not entertain any other questions.

In series of searches of Her Majesty’s Prison throughout 2019, authorities had uncovered dozens of contraband — several of which were so dangerous, they could be used to inflict potentially fatal chop and stab wounds.

Among those weapons were a machete with a blade 10 to 12 inches long, multiple knives, several pairs of scissors, and a variety of what prison officials described as cell-made shanks.

The list of contraband recovered was not limited to weapons and also include several dozen cellular phones and cellphone chargers, cigarette lighters, drugs, alcohol, wrapping paper, among other things.

“In some cases, the items come over the prison walls, in some cases, we do have officers who are not of the moral fabric that we expect them to be of and would traffic items into the prison. We would also have visitors operating as mules and bring in items into the prison, items being trafficked in with the garbage and other things,” Prison Superintendent Verne Garde told our news centre last year.

Garde, whose contract expires in July, is currently on vacation leave.