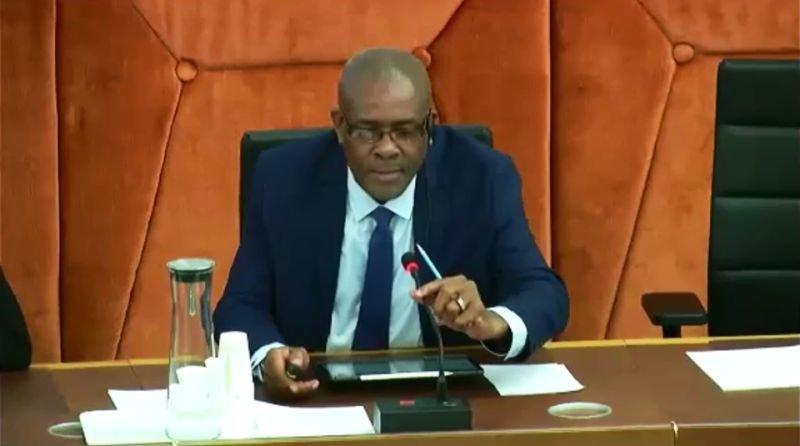 Former Crown prosecutor in the Virgin Islands, Mr Valston M. Graham was one of the global professionals invited to present before the Advisory Committee on Enforcement (ACE) of the World Intellectual Property Organisation (WIPO) in Geneva, Switzerland on September 4, 2019.

The St Kitts and Nevis’ Director of Public Prosecutions had joined a panel of two judges, one from the Russian Federation and the other from the United Kingdom and presented at the 14th Session of the ACE on the topic, “Judicial and Prosecutorial Discretion in Intellectual Property (IP) Infringement Proceedings”.

His presentation explored the challenges and considerations in determining whether an IP infringement should be prosecuted in circumstances where the law gives the prosecutor discretion to make such a choice. The Conference audience was comprised of representatives of Member States and observer organisations of WIPO from across the world.

“Presenting at the 14th Annual WIPO/ACE Conference was a great opportunity”, the Intellectual Property Office of St Kitts and Nevis quoted Mr Graham as responding.

“It allowed for our voice to resonate on the international stage on an international matter. It also gave me an opportunity to dialogue with experts in various areas of intellectual property rights.”

In July 2017, the IP Office of St Kitts and Nevis (IPOSKN), in collaboration with WIPO, hosted a national IP enforcement seminar for local law enforcement officials and Magistrates, in an attempt to raise local IP awareness. At that seminar, Mr Graham made a presentation on “Investigating and Prosecuting IP Crime”. Ms. Louise Van Greunen, Director of the Building Respect for Intellectual Property Division in WIPO’s Global Issues Sector was present at the local seminar and was so impressed with his expert delivery and insightful analysis of the topic, that she invited him to share at the international level.

Other topics that were explored at the September 2nd to 4th 2019 ACE Conference included New Technologies in IP Enforcement, Institutional Arrangements to Address Online IP infringements and the Role of Intermediaries in IP enforcement. The latter included presentations from high-level representatives from Alibaba, Amazon, Facebook and Google on their corporate efforts to combat counterfeiting and piracy on their popular websites.

Both counterfeiting and piracy are illegal in St Kitts and Nevis and carry severe civil and criminal penalties.

Mr Graham, who is from St Vincent and the Grenadines, is a Belonger of the Virgin Islands and prosecuted many high profile local cases and had a good track record of victory for the crown.

He is a former police officer in the Royal Virgin Islands Police Force (RIVPF) and moved up in the ranks of the DPP Office after completion of law school sometime around 2008.

In 2016, Mr Graham, who had spent some eight years in the Office of the Virgin Islands (VI) Director of Public Prosecutions, was snubbed for the top job when a United Kingdom National Kim Hollis QC was selected over him as he made the final list.

He subsequently landed the job of Director of Public Prosecutions in St Kitts and Nevis.