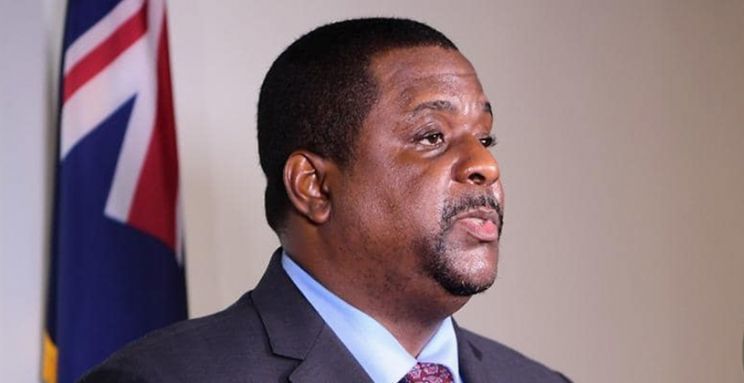 Cabinet has approved the payment of $360,000 for the use of two barges that assisted law enforcement with border patrols for a one-month period.
This was revealed via a post-cabinet meeting report released yesterday, February 25 2021.

“Approved: the continuance of works with the issuance of a new contract agreement between the Government of the Virgin Islands and EZ Shipping Limited to provide two barges to serve as radar platforms for the securing of sea borders for a further one month, with effect from December 23, 2020, through January 22, 2021, in the amount of $360, 000,” the report indicated.

The Cabinet release stated, “That the previous contract with EZ Shipping Limited has resulted in improved border security measures that are quantitatively successful in deterring illicit border activity; effected a marked reduction in marine traffic and that the BVI is working assiduously towards finalisation of a Sea Border Protection Plan to include long-term solutions.”

It was also agreed that the amount be brought to the House of Assembly via a Schedule of Additional Provision at the next sitting of the HoA and that the Attorney General’s chambers vet the contract before it is signed.

Governor Mr. John Rankin, CMG, chaired the meeting, which was held at the Financial Services Commission’s Conference Room on February 17, 2021.

The government had faced a series of criticisms after it was revealed that they had contracted barges to provide support for border patrols and had turned down an offer from the UK to have a navy ship patrol local waters after revelations that incursions may have led to a community outbreak of COVID-19.

Former Governor Augustus Jaspert swept aside the Premier's wishes and had HMS Medway, one of the newest ships in the Royal Navy, deployed locally.
#COVID-19  #Covid  #John Rankin  #the Virgin Islands
Add Comment