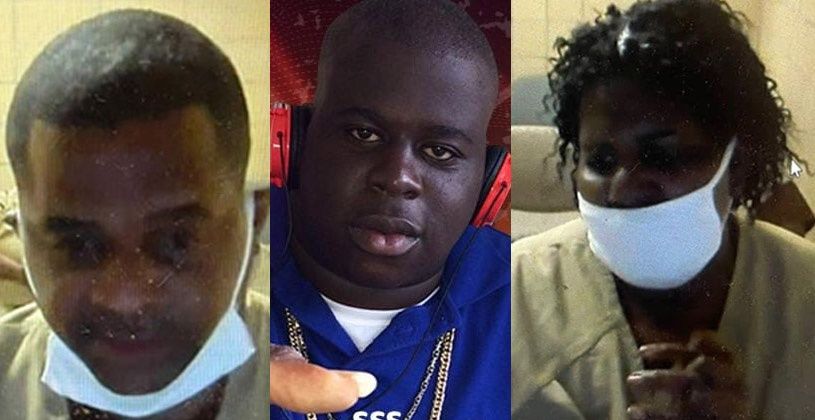 Handcuffed and in light brown detention suits, Premier Andrew Fahie and BVI Ports Authority Managing Director Oleanvine Maynard appeared before United States (U.S) Magistrate Judge Jonathan Goodman in Miami on Friday, April 29 on charges of conspiracy to import five kilograms or more of cocaine and conspiracy to launder money.
Assistant U.S. Attorneys Frederic “Fritz” Shadley and Shane Butland are prosecuting the case. Shadley requested the two be detained, citing flight risks. There was no objection from the defense and the two will remain in custody in Miami, Florida until a pre-trial hearing which is set for Wednesday, May 6.

Maynard was unrepresented while Premier Fahie was represented by attorney Theresa Van Vliet of Miami.

According to U.S. officials, Maynard’s son, Kadeem Maynard was arrested on St. Thomas as part of the sting operation conducted by the U.S which also led to the arrests of Premier Fahie and Ms Maynard on Thursday, April 28.

Premier Fahie and Ms. Maynard were part of a Government team attending major cruise meetings in Miami. On Thursday, the two were reportedly arrested separately having gone to a Miami airport in connection with a $700,000 cash advance on their deal.

All three have been accused of agreeing to facilitate the safe passage through BVI ports of tons of Colombian cocaine headed to Miami. In exchange, the defendants would make millions, which would be funneled through different businesses and bank accounts to hide the money’s source, U.S officials say.

According to the allegations of the criminal complaint affidavit, during March and April, Premier Fahie and the Maynards participated in a series of meetings with a U.S informant posing as a drug trafficker to broker the deal.

Premier Fahie and Ms. Maynard would secure required licenses, shield the cocaine-filled boats while in BVI’s ports, and grease the palm of a potentially problematic government official, says the affidavit.

They discussed bringing 3,000 kilograms of cocaine through a BVI port as a test run, followed by 3,000 kilograms once or twice a month for four months. Fahie and O. Maynard would get a percentage of the cocaine’s sales – millions of dollars, it is alleged.