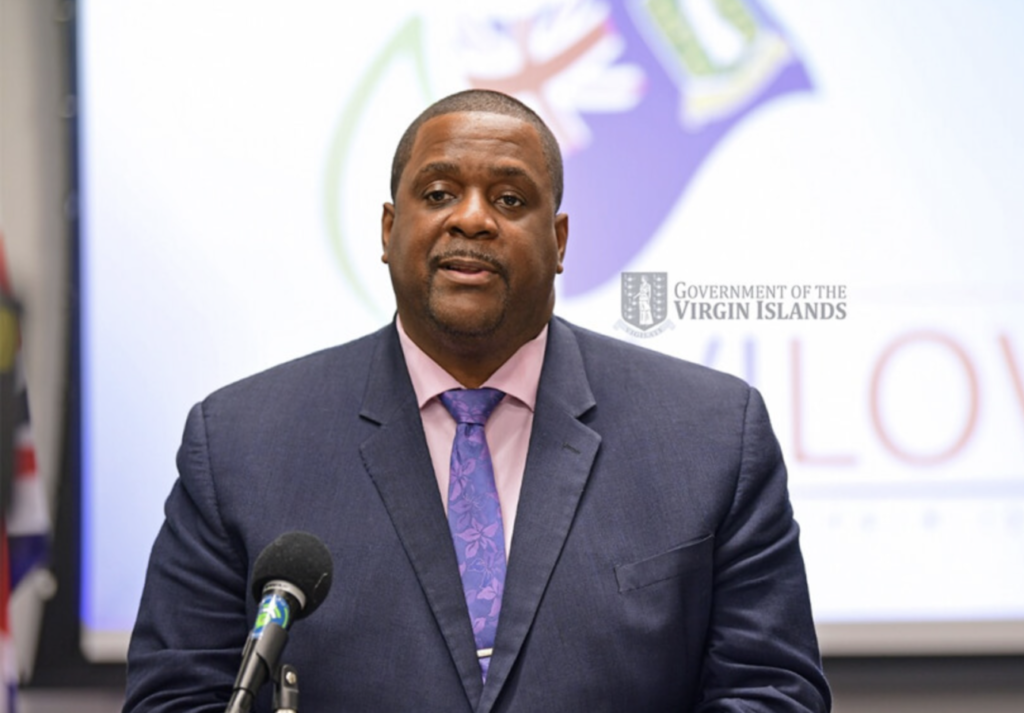 Former Premier of the Virgin Islands Andrew Fahie has officially sent word to the House of Assembly (HOA) informing them of his absence from the latest sitting.
Since his arrest at the Miami-Opa Locka Airport in late April, the First District Representative has missed one sitting of the House and missing another two would have put him in danger of being removed as District Representative.

Under the rules that govern the HOA, Fahie stood in danger of having to vacate his seat if he is absent in any one session of the House for more than three consecutive sittings without the written leave of the Speaker.

However, Speaker of the House Corine George-Massicote announced that Fahie gave notice of his absence from the current sitting.

“Please note that the following members have been given notice of their absence from today’s sitting, Minister for Labour, Immigration and Natural Resources Honourable Melvin Turnbull, Minister for Education, Culture, Youth Affairs and Sports, Honourable Sharie de Castro and member for the First District Andrew Fahie,” the Speaker said, giving notice of the absentees from the HOA.

Premier Dr Natalio Wheatley had previously stated he did not feel the standing orders of the House were amended to allow a member to attend a virtual HOA sitting if they were unable to be present in person.

The Premier has also consistently mentioned that the First District Representative should focus on his upcoming trial and not on HOA matters.

Fahie, who is currently on house arrest in Miami, Florida, is facing life imprisonment if convicted on the drug trafficking and money laundering charges brought against him by the United States government. His trial is expected to commence on July 18.
#the Virgin Islands  #Fahie
Add Comment