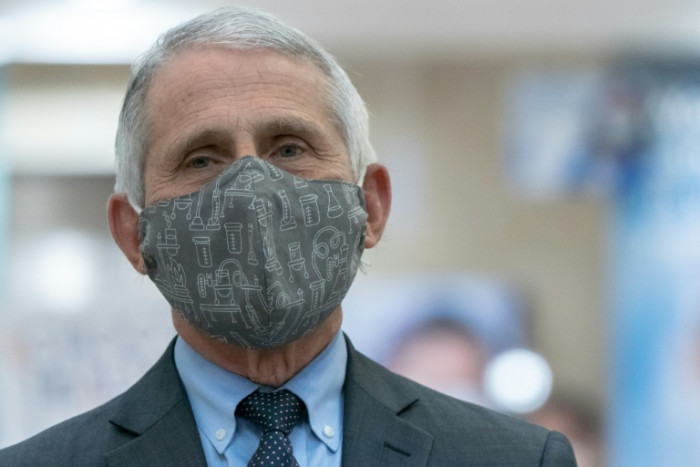 Fauci: US might 'still have polio' if media back then opposed vaccine

Top US scientist Anthony Fauci on Saturday blasted commentators who sound an anti-vaccination theme, saying America might still be battling smallpox and polio if today's kind of misinformation existed back then.
The comments from the country's leading infectious disease expert reflected mounting frustration over the sharp slowdown in the Covid-19 vaccination rate in the United States, even as the disease has been surging in states with low rates.

Fauci was responding to a CNN interviewer who asked if he thought "we could have defeated the measles or eradicated polio if you had Fox News, night after night, warning people about these vaccine issues that are just bunk."

Initial vaccine skepticism in many areas has increasingly evolved into outright hostility, a message magnified by baseless conspiracy theories regularly aired on Fox and other conservative networks.

"Maybe it doesn't work and they're simply not telling you that," Tucker Carlson, one of Fox's most popular commentators, said recently.

The vaccines have instead proved extraordinarily effective. Officials in Maryland, for example, said that not one of the people who died of the disease last month in the state had been vaccinated.

To suggestions of sending vaccine educators door-to-door to encourage people to get the jab, Fox commentator Charlie Hurt said, "They've become like the Taliban."

Door-to-door educators, suggested Representative Madison Cawthorn of North Carolina, might instead come and take people's guns -- or their Bibles.

After an initial burst of vaccinations around the country, the pace has slowed sharply.

Biden's announced goal of having 70 percent of adults vaccinated by July 4 fell short by about three points, and the vaccination rate has slowed further since then, even as the disease's Delta variant has spread rapidly.

A few Republicans have sought to place blame for the disease's ravages and economic dislocations on the widely respected Fauci himself.

Congresswoman Marjorie Taylor Greene has introduced the so-called Fire Fauci Act, calling for his salary to be reduced to zero and requiring the Senate to confirm a replacement. The bill is not expected to go anywhere.

Fauci was asked on CNN about T-shirts being sold by a political action group linked to Florida governor Ron DeSantis that say "Don't Fauci My Florida."

"Taking an individual who stands for public health, for truth... and to use my name in a derogatory way to prevent people from doing things that's for the benefit of their own health, go figure that one out.

"That doesn't make any sense at all," he said, shaking his head.
#Donald Trump  #Joe Biden  #Vaccines  #COVID-19  #vaccine  #Covid

Sonia 2 year ago
I am totally perplexed at how a minority group is hating a profession that has been so responsible and helpful through the years. Epidemiologists and public health officials can steer us all with the path to overcome pandemics and other surges of disease. It helps governments set up policies to avoid continuous liabilities by what we do. Trolls and bullies is what trump has encouraged by his own behaviors. We need to restore respect and decency and have common sense so as to understand that the science is based on findings and observations besides the chemistry that is required for the vaccinations. We are in the right track but it is not 100% perfect. Centered individuals with critical thinking know this!!!! We need Dr. Fauci and our President to keep trying for the rest of us. God help us all if we let trolls rule our beautiful country

Captain 2 year ago
Oh ya ..I think this article sums you up perfectly…you are killing people and those like you spreading lies and misinformation should be arrested and certainly banned from social media. The harm you , Brian and Hogan are doing to the community is criminal . SHAME ON YOU ALL

Oh ya 2 year ago
When in history has a government needed to sell a pandemic like this one? The so called doctor knows he has been caught and is fighting like a cornered animal before he is arrested for mass murder. There is a special place in hell for him and his group
View all comments (3)Add comment