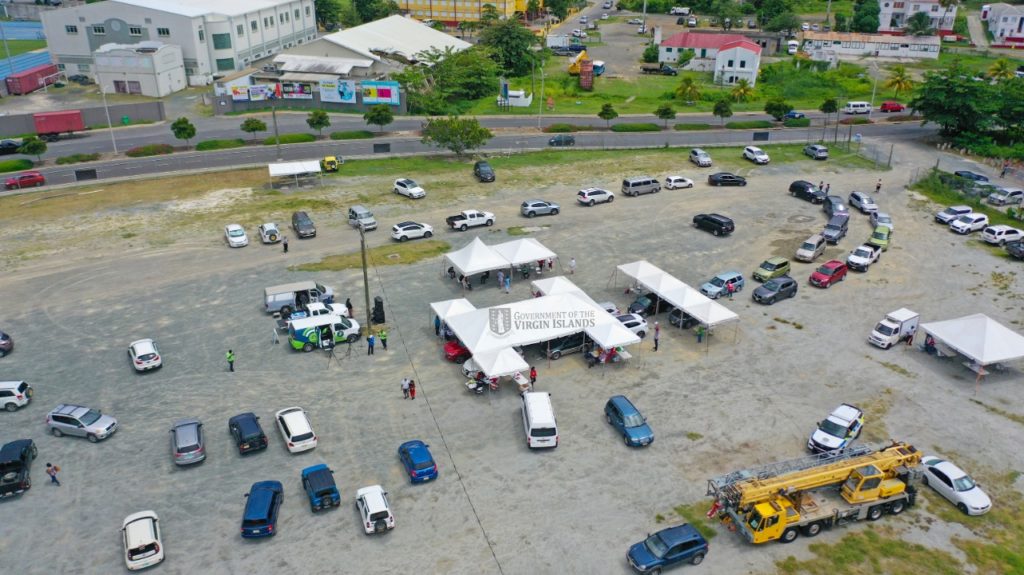 Festival grounds entrance/exit to get upgrades for parking

Works Minister Kye Rymer said the government’s recently launched shuttle service is part of a bigger programme to push free parking facilities towards the outskirts of Road Town, particularly at the Festival Grounds and the parking lot opposite the Dr D Orlando Smith Hospital (DOSH).

“To this end, we are expected in the next two weeks to commence works to upgrade the entrance and exit area to allow for a better flow of traffic in and out of the festival grounds,” Minister Rymer said at a press conference recently.

The plans are all part of the government’s Road Town Improvement Programme.

Rymer described the approach as a multi-pronged programme that seeks to improve the overall function and aesthetics of Road Town.

According to Rymer, “one of our primary concerns in the city of Road Town is to ensure that the traffic is flowing consistently and efficiently. We undertook the traffic turnaround in 2020 and we launched the shuttle services on February 3, 2022, to assist in reducing the number of vehicles in the centre of Road Town and to reduce the need for parking in Road Town.”

The Works Minister encouraged motorists and pedestrians to utilise the shuttle service, adding that the consistent service provided using electrical shuttles was helping the government in doing its part with green energy in the territory.

Minister Rymer also said government recognised the need for upgrades to the city’s sidewalks, crosswalks and access points for surrounding businesses as it attempts to make the city a more pedestrian-friendly area.

“We have had multiple discussions with the Public Works Department about specific areas throughout the Road Town area that we have targeted for improvement, which will be rolled out in a phased manner,” the minister said.

He pointed to the commencement of works to the sidewalks along Administration Drive as an example of this.

The minister said reconstructed sidewalks will have standardised wheelchair ramps to accommodate the disabled. He said they will also have reinforced base slabs to ensure no further deformation of sidewalks.