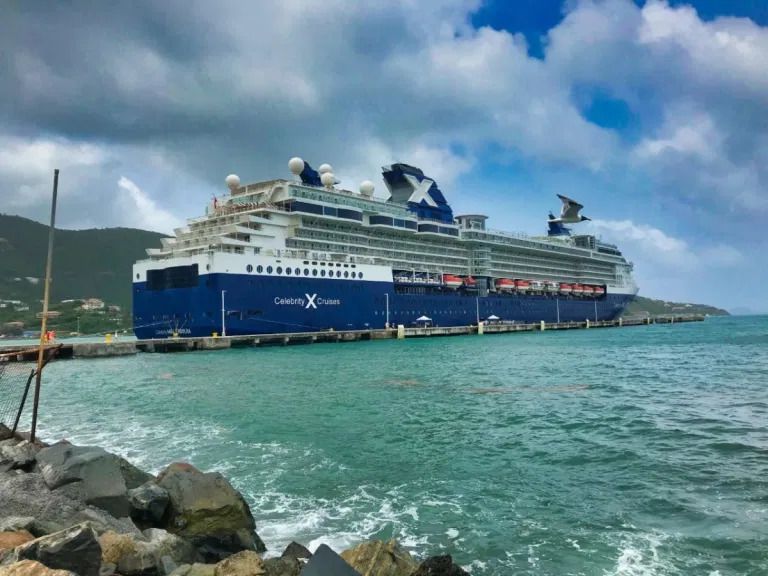 The atmosphere inside the Cyril B Romney Tortola Pier Park was festive this morning as the British Virgin Islands received Celebrity Millennium - the first cruise ship to visit the territory in more than a year.

As passengers spilt from the ship, they were greeted by the jubilant sounds of a local steel pan band playing at the park.

Officials such as the Tourism Director Clive McCoy and Premier Andrew Fahie were present to receive the ship. There, they presented the ship’s captain with a celebratory plaque.

“So many people have come together to make this happen. I know that there were those who were saying that no ship was coming,” a noticeably happy Premier stated.

“I want to let the people know that we have negotiated free flow for the passengers when they get off the ship whether it be here at the Tortola Pier Park or if they want to take independent tours,” he added while encouraging residents to continue to practise the requisite safety protocols.

By all indications, today’s cruise call has been successful.