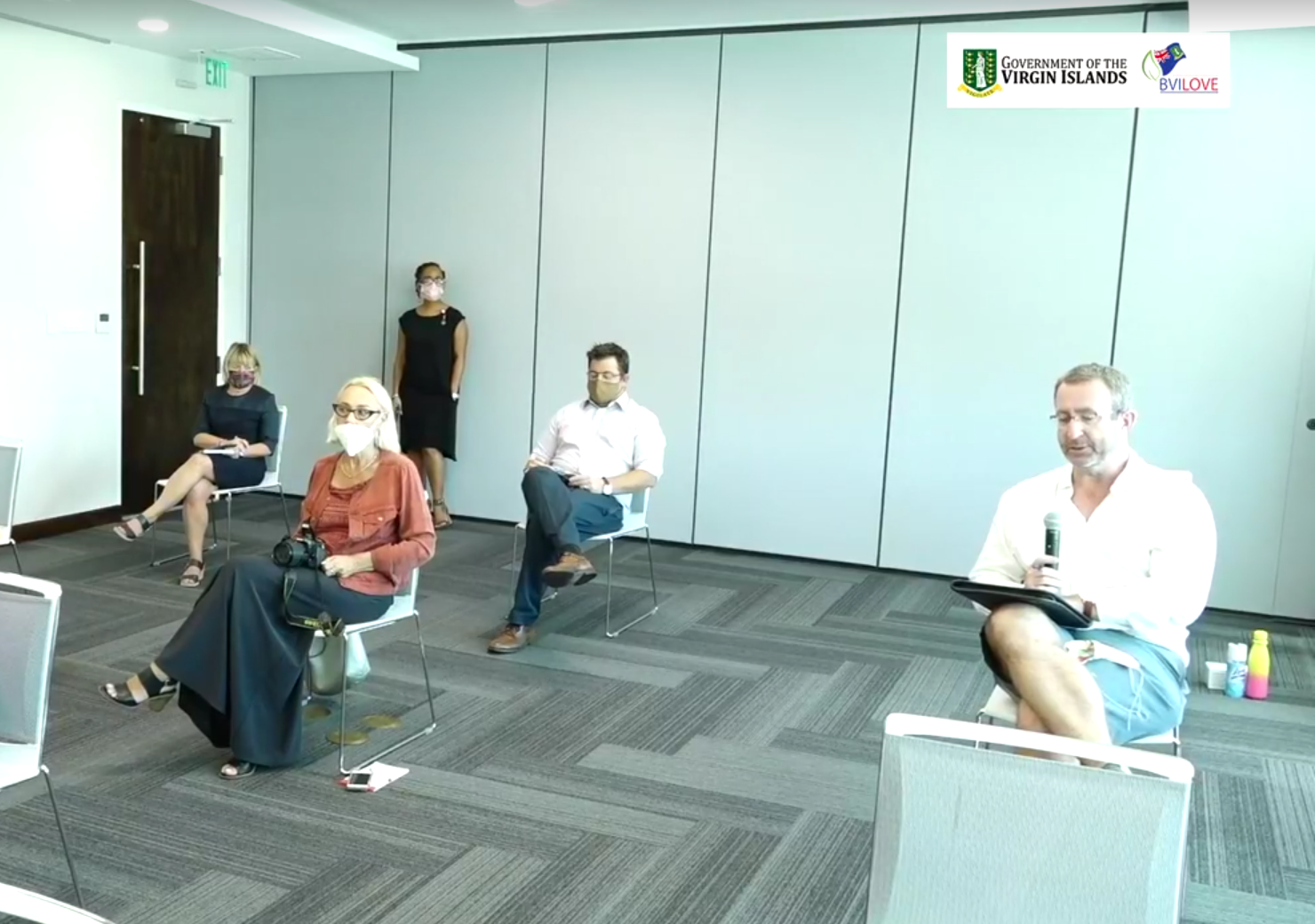 The financial services industry that has helped keep the Virgin Islands economy afloat amid the global pandemic is rushing to distance itself from a new threat posed by the commission of inquiry.

The United Kingdom commission of inquiry into allegations of potential corruption in the territory has left some industry practitioners questioning the handling of the probe’s announcement last month and the resulting coverage in the international media.

“The commission of inquiry carries a reputational risk by association to BVI’s financial services sector,” said Dr. Dominic Thomas-James, an academic at Cambridge University who specialises in financial services in UK overseas territories. “Inquiries of this nature can lead to observers and critics indiscriminately associating the allegations with the jurisdiction and its financial sector as a whole.”

After the inquiry was announced, some international media reports featured headlines speculating about millions of dollars in allegedly missing funds and the VI’s possible links to organised crime.

Other reports noted that the inquiry coincides with new threats toward the VI and other British territories of blacklisting by the European Union for being “non-cooperative tax jurisdictions” post-Brexit.

Shortly after the inquiry was announced, Premier Andrew Fahie expressed fear about damage to the territory’s image in the eyes of potential clients abroad, proclaiming last month that “success in international business depends on your reputation.”

He added, “The BVI’s international reputation and indeed the reputation of Virgin Islanders and persons who do business in the BVI are affected by these reports that are being syndicated through and republished from the UK media houses.”

In a Jan. 22 press conference with inquiry commissioner Sir Gary Hickinbottom, then-Governor Gus Jaspert defended VI financial services and the institutions regulating them, listing the international reporting standards the VI follows and singling out the “world-class” Beneficial Ownership Secure Search System as an example of the territory’s commitment to help tackle money laundering and illicit finance.

He insisted that “values of integrity, honesty and respect run deep in BVI” and that the territory largely meets “high international standards.”

Elise Donovan, CEO of BVI Finance, subsequently responded that she welcomed “the acknowledgement made by the governor on the BVI’s financial services industry, as an element of the BVI that operates at the highest international standard.”

She added that the territory’s reputation as a global financial centre is built on “a track record of international cooperation and of meeting the highest international regulatory standards on transparency and information sharing, in addition to combating financial crime and money laundering.”

However, VI Queen’s Counsel Michael Fay suggested that Mr. Jaspert could have done more to mitigate the harm he believes was caused to the VI’s reputation by alarming headlines abroad.

“It is inevitably the case that any announcement of a commission of inquiry will have an immediate negative effect on the Virgin Islands generally, and on its government, its tourism and its financial services business,” Mr. Fay told the Beacon. “Presumably [Mr. Jaspert] made an assessment that the COI would be good for the territory in the long term, and that it was worth the immediate damage in order to achieve the long-term gain.”

But he suggested it was Mr. Jaspert’s duty to minimise the short-term damage as much as possible without compromising the COI.

“However, rather than attempting to limit the immediate damage, [Mr. Jaspert] decided to keep his decision secret, at least in the BVI, until he embarked on a media blitz in the UK, which appears to me to have been designed to maximise the drama and the damage,” Mr. Fay explained, adding that he had thought the governor “might have been better advised to have forewarned senior members of the government, the tourism industry and the financial services industry so that they might have been able to deliver an immediate considered response to the announcement rather than being surprised by it.”

Ultimately, however, Dr. Thomas-James suggested that the reputational damage might not be permanent for the indus- try if the territory stays the course in cooperating with “recent-high level commitments,” such as implementing public company registers by 2023 and cooperating with upcoming reviews from the Caribbean Financial Action Task Force.