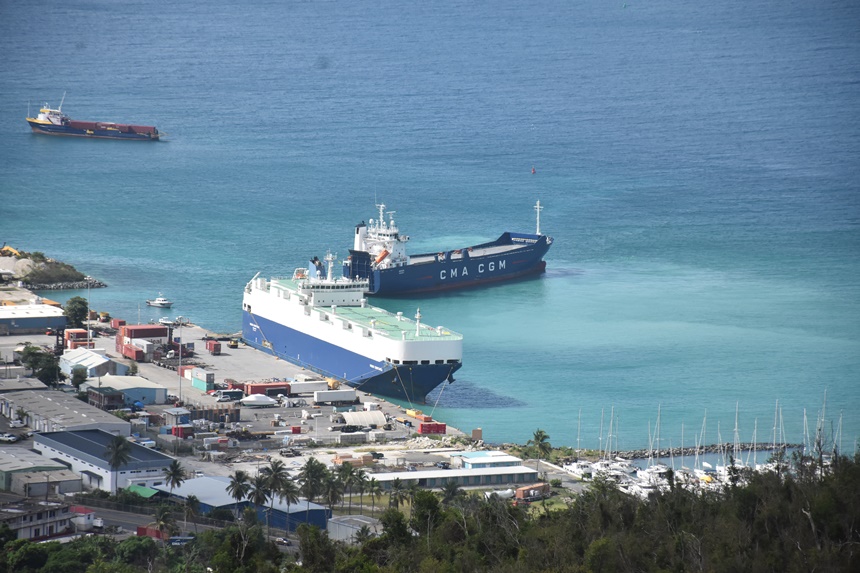 As the territory tries to recover its economic output, Premier and Finance Minister Dr Natalio Wheatley has said his government will be looking to review the Custom’s import duty reduction implemented by former Premier, Andrew Fahie.
Speaking at a recent press conference, Dr Wheatley said he is currently seeking an update on the impact of the duty reduction and once he ascertains how it has benefited the people, his team will then make a decision on its continuance.

The Finance Minister said the government must ensure it is responsible in terms of the Virgin Islands’ financial matters. He noted the pandemic has caused a burden and a challenge to the territory economically and his government remains resolute in attempting to fix the issue.

“So, it is going to be a balancing act between making sure we help the public getting through this difficult period because of all of the inflation that has been caused by the Ukraine and Russia war along with some of the other factors that have provided hardship on some of the businesses in our local communities and balance that with the need to raise revenues to put into all of the projects and programmes and initiatives of the government and one thing we are going to have to do as well is to seek to raise new revenue,” Dr Wheatley said.

The Premier mentioned the territory must find creative ways to generate income to stimulate economic great and he added there are some suggestions on how best to do this on the table.

“Without a shadow of a doubt for us to meet all our obligations. We must generate revenue and try to see how best we can ease the burden on our people as much as possible. So, it is going to be a balancing act, but I believe we are going to figure it out,” Dr Wheatley said.

In early April, Fahie — who was Finance Minister at the time — announced that Customs duties would be reduced to five percent effective April 15 and it would be free for three months in the first instance.

The rationale behind the move was for the government to make relevant adjustments to provide relief to residents.

Goods and services that are currently at five percent and less would remain the same. The policy he said will apply to businesses as well as private citizens.