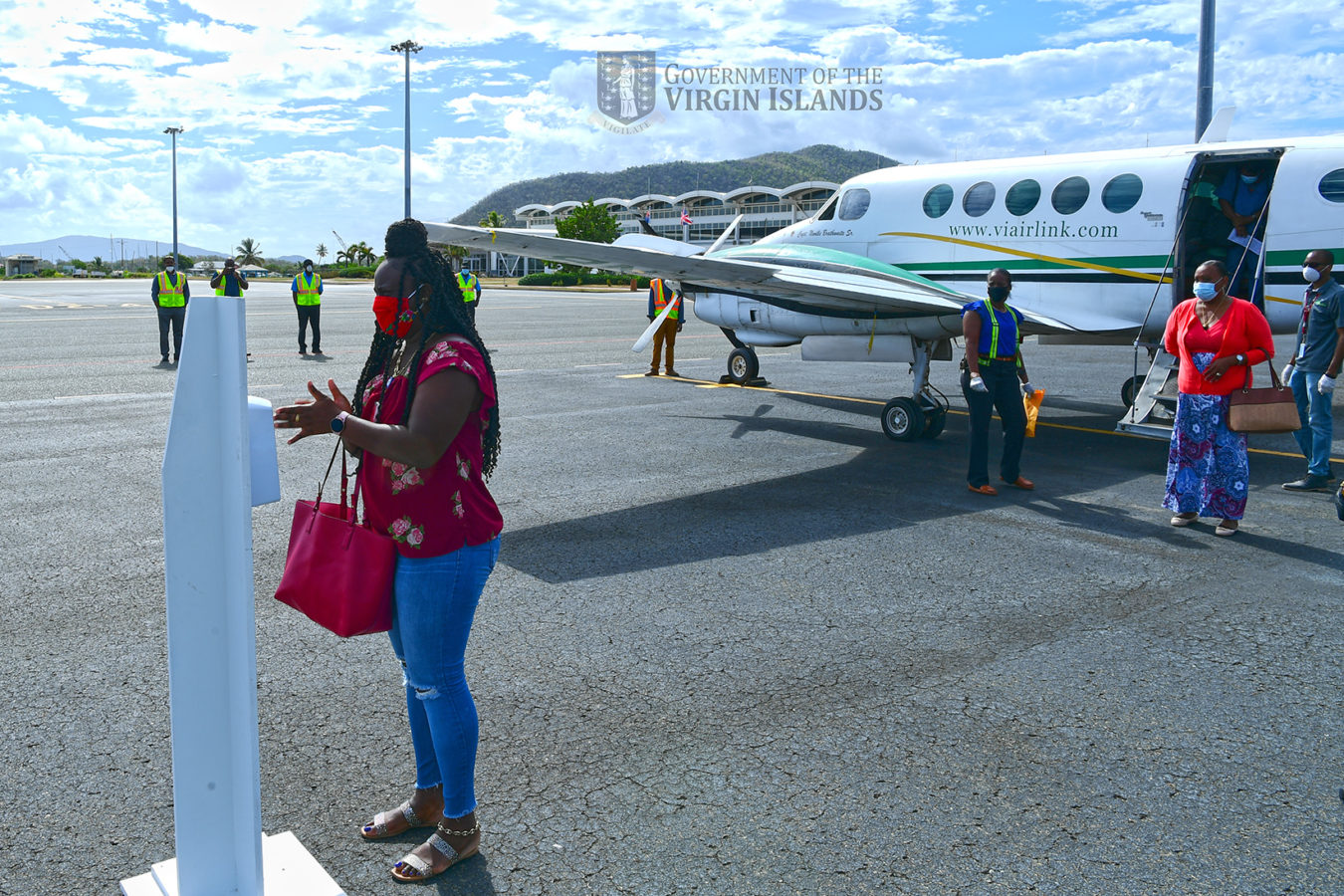 The flights are part of the first phase of the partial reopening of local borders - the TB Lettsome International Airport on Beef Island - to nationals and permanent residents.

Upon entry, residents had to “undergo a controlled re-entry process managed by multi-government agencies to ensure the safe repatriation of nationals to the Virgin Islands,” the release said.

It stated further that these residents were pre-checked by the Immigration and Public Health Departments via a process organised by the government.

Prior to their arrival, their private accommodations were inspected and approved to facilitate their mandatory quarantine for the next two weeks.

When they arrived at the Beef Island-based airport, Health Officials met them on the tarmac and there, they were screened.

They were then transported to the quarantine facilities where they will be monitored by security officers to ensure they comply with the quarantine protocols and remain indoors for the 14-day period.

During that time, they will be tested for the Coronavirus Disease and only if they have tested negative, will they be allowed back into the general population.

In the event that they test positive, they will be isolated and cared for by the health officials.

In the meantime, Premier Andrew Fahie said: “We are indeed happy to see you once again. Please follow the protocol and guidelines that are in place to ensure the health and safety of you and others.”