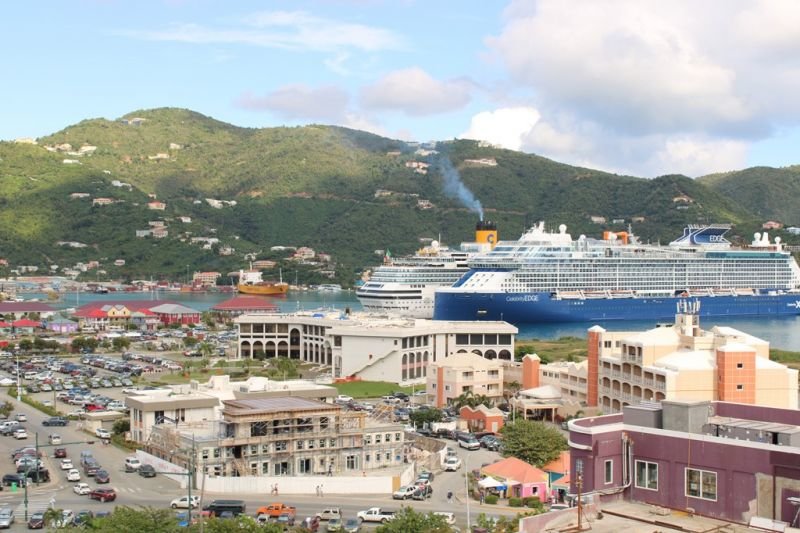 After more than 6 months absence, the sight of a cruise ship in port in the Virgin Islands will be realised this month-end, providing everything goes as plan. This is according to Chief Executive Officer (CEO) of the Cyril B. Romney Tortola Pier Park, Mr Vance M. Lewis.

Speaking to reporters at a press conference, today, October 8, 2020, at Cyril B. Romney Tortola Pier Park to announce the park’s partnership with VISAR to host its first ever Ice Skating Wonder Land at Cyril B. Romney Tortola Pier Park from November until January 6, 2021, Mr Lewis said discussions continue with cruise lines; however, this month-end will see a cruise ship make a call to the territory, albeit without cruise passengers. 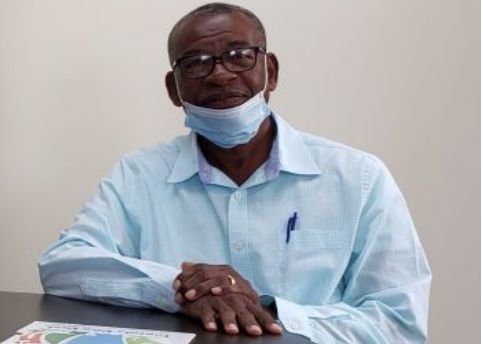 According to Chief Executive officer of the Cyril B. Romney Tortola Pier Park, Mr Vance M. Lewis, a Royal Caribbean cruise ship is expected to call in the Virgin Islands this month-end.

“At the moment we are cleared by Cabinet to do or what they call warm lay-up or technical call, that is in effect. We may have one; I think we were negotiating with Royal Caribbean Cruise Lines to have one such call coming up later this year. They developed a little problem with interconnecting ships that are doing it but we may have one later this month."

Mr Lewis explained that a warm lay-up is essentially a call to a port but there are no passengers involved. “There is reduced crew, there is reduced maintenance and they will do essential maintenance just to make sure that whenever the industry fully reopens they are ready to go.”

The CEO said the ship’s technical crew members are not likely to get off the ship but if they do they will follow all protocols which are in force by the Ministry of Health.

He said warm lay-ups can last anywhere up to 12 months, “but in our case it is going to be by a month by month basis and it may just be for a couple of months.”

Mr Lewis also noted that the VI is part of the Global Sea Trade Conference being held this week virtually and that talks with several cruise lines at that event are ongoing.

He said the cruise lines being communicated with include Carnival Cruise Line, Disney Cruise Line, Norweigan Cruise Line, who are berthing partners, as well as Royal Caribbean and Viking among others.

The cruise conversations have also begun regionally, Mr Lewis added, noting that the VI is part of a Regional Task Force that has been established by the Florida-Caribbean Cruise Association (FCCA). “Where we are talking about when cruise tourism is reintroduced to the Caribbean how we are going to do it.”

Cruise ships will be free to set sail again early November if they so choose, following a White House order that scrapped a Centers for Disease Control and Prevention (CDC) plan to extend the no-sail order to mid-February 2021.

Instead, the CDC's new order extends the cruising ban to October 31, 2020, following a meeting at the White House this week, where CDC Director Robert Redfield's decision to extend the deadline through next year was overruled, according to reports from the Wall Street Journal, the New York Times and Axios.

Speaking about the lifting of the ban this month-end, Mr Lewis said: “That is a signal to us that cruising is going to start very soon.”