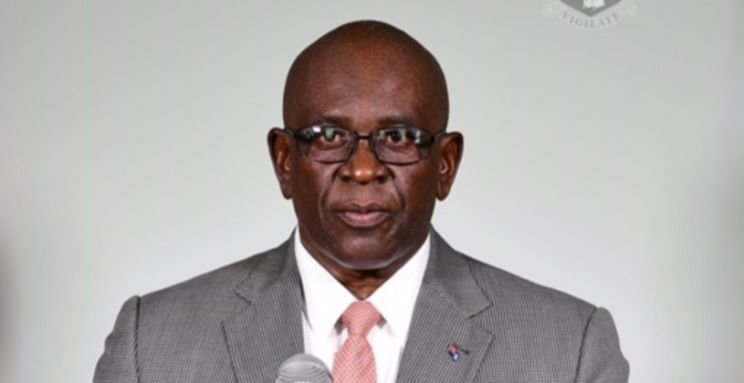 A male tourist has tested positive for the Novel Coronavirus Disease (COVID-19), making him the first known visitor to be carrying the deadly virus since the territory reopened to international travellers eight days ago.

Health Minister, Hon. Carvin Malone made the pronouncement on Monday, December 7 2020, during a live update.

He said: “As of today December 7 2020 I am happy to report that a total of 8,601 samples have been tested at the Dr. D. Orlando Smith Hospital laboratory. Of the samples tested we have a record of 74 positive cases in the Virgin Islands with one active case to date, 72 recovered and one death.”

He said on November 27 he reported the BVI had one active case which was a returning resident already in quarantine, however that individual has been “deemed as recovered”.

The Minister added, “The latest active case which was discovered today [December 7] is an imported case of a male tourist that was discovered at the completion of the four-day test while in quarantine. This individual and the only other person – a female occupant of the marine vessel – has since returned safely to the port of embarkation here in the Virgin Islands and are now in quarantine.”

The Minister further said, they would be interviewed for further contact tracing if required.

“We are pleased to know that all of the protocols have been properly followed and this is why we wanted to make sure that this happened so that the contact tracing is not extensive throughout the territory,” he added.

In the meantime, the Health Minister informed that the territory has secured two sources of the COVID-19 vaccine, one through the United Kingdom and the other through World Health Organization/Pan American Health Organization, which guarantees access to the vaccines to participating countries.