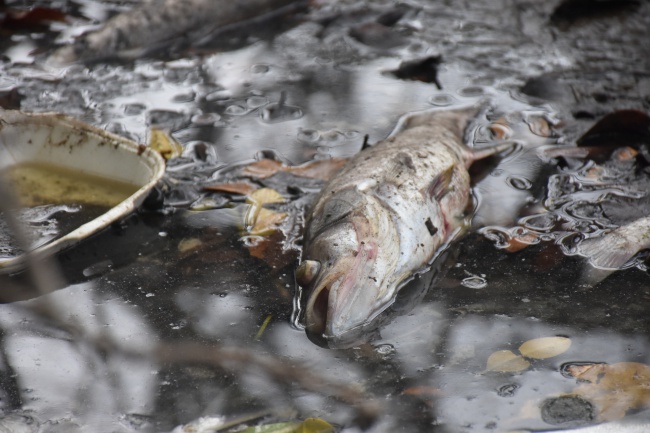 Fishing industry left for dead by NDP after 2017 hurricanes - Fahie

Premier Andrew Fahie has hit back at accusations by Opposition Leader Marlon Penn that his Virgin Islands Party (VIP) government does not care about the agriculture industry and has left the fishing industry for dead.
Penn said the VIP government has turned the former fishing complex, which was destroyed by hurricanes in 2017, into a parking lot.

However, Premier Fahie refuted those claims while speaking in the House of Assembly (HOA) recently, insisting instead that it was the former governing National Democratic Party (NDP) that left both industries ‘for dead’.

He continued: “Even when Irma came and there were fish inside [the complex], before they [NDP] get them out to the people, they left them there to spoil. I know because I was there trying to get some of the fish. I was in the Opposition trying to feed my people.”

Fahie said the former government never looked back to offer the fish that was left at the complex to the people after the 2017 hurricanes hit.

Meanwhile, the Premier also denied that there was no money for the agriculture and fishing industries.

He related that his government was pursuing a fisherman’s wharf in the East End community as well and accused the former government of having no dedication to fishing even in that area, which is the constituency of the Opposition Leader.

The Premier further questioned the NDP’s commitment to agriculture during their time in office and asked why homes were built at the Paraquita Bay farmlands, forcing the VIP government to move around the structures.
#Fahie
Add Comment