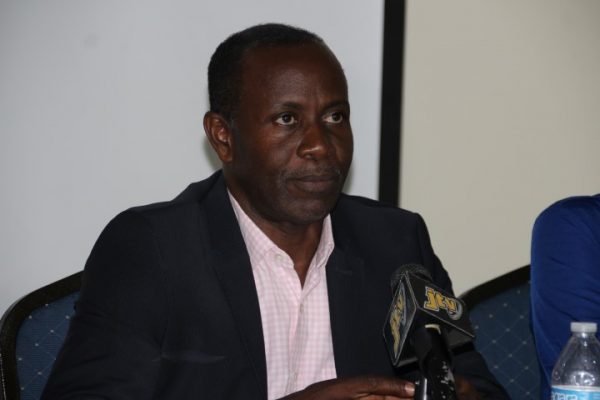 ‘Fix it or we will!’ Bishop Cline blasts gov’t on entry restrictions

Clergyman and recently installed Private Sector Representative for the Recovery & Development Agency, Bishop John Cline has come out in protest of the protracted delay in fully reopening the BVI’s borders.
He’s also raised objections to what he feels are the restrictive measures attached to this delay.

“I have tried so hard to hold my peace and give things a chance to play out,” the clergyman said in a recent Facebook post. “But this is beyond me. Why all these restrictions still?”

Bishop Cline, who is also the owner of a popular business, said that instead of opening up the BVI, there are now “more forms to fill to get in, more restrictive measures, more ways to say ‘don’t come unless you really have to – go somewhere where it is easier to enter’.”

According to the Bishop, things have gone too far and “people who don’t take the vaccine are not a threat to anyone”.

“They have not been so (a danger) in the last 15 months. They practice other measures to keep themselves and others safe. But it’s all about the vaccine,” Cline complained.

“Vaccines seem to be our only hope. Like they don’t hurt people and cause death also,” he contemptuously added.

He further railed against the fact that there will be more vaccines to come in the form of booster shots. And before long, he argued, persons “will need another and another.”

Bishop Cline also claimed, notably without offering any evidence, that there have been unreported cases of persons taking the vaccine “on the prompting of the government or [their] employer and they get sick or die.”

“Who takes responsibility?” he questioned.

“But all of a sudden the unvaccinated are a threat to the community. I am sure some of who have tested positive in the BVI on Day 4 of entry have been vaccinated.”

“We are a special bunch. And like sheep, [we’re] being led to the slaughter,” Cline continued. “Enough is enough. Fix this or we will.”
#vaccine  #Covid  #Vaccines  #Facebook
Add Comment