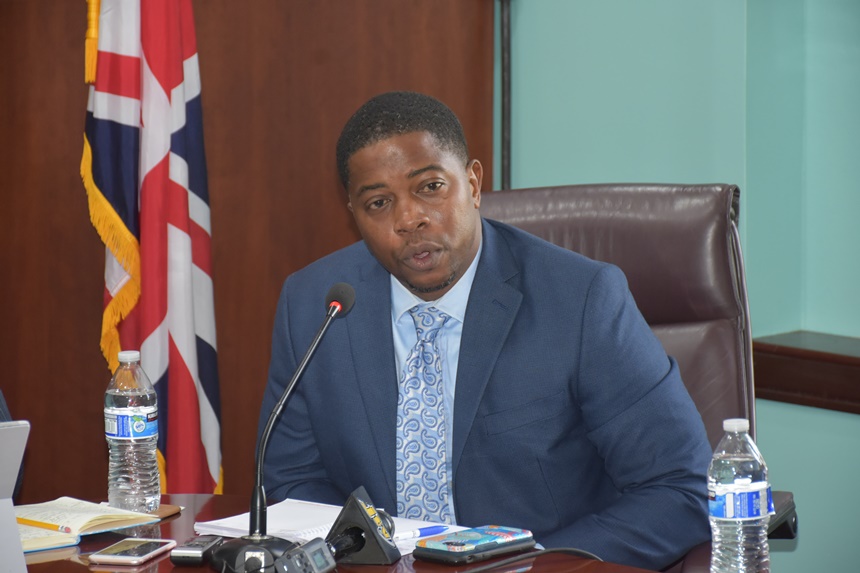 As the House of Assembly deliberates government’s proposed Cannabis Licensing Act which will provide for cultivation and sale of medical cannabis, Opposition Legislator Melvin ‘Mitch’ Turnbull has called for the Andrew Fahie administration to shift its focus to food security right now.

The Opposition legislator said while there is nothing wrong with coming up with new revenue streams, the 2017 hurricanes and COVID-19 pandemic have given the BVI “an opportunity to start back from basics”.

“Let’s develop fishing; let’s invest in it. The ground is still rich, till the soil. Get back to basics, don’t be so busy chasing after money or for the potential for this money, that we continue to miss the mark and lose sight of this opportunity that is begging us to return to basics,” Turnbull argued.

“So yes, this is a cannabis Bill but food security should be our priority. It should be where our focus is. You talking about seven hundred acres up in Paraquita Bay, it is important, given all that we are facing, we can’t just continue just to promote what we can get,” he said.

Government has proposed the offer a total 50 acres of land to 100 local farmers to cultivate marijuana for medical use.


Turnbull, in the meantime, also said there are people who are ‘suffering and are hurting’ and the conversation should surround feeding persons on a local scale.

“Yes, the Bill speaks about 50 acres for this purpose but the solution to the problem that we face with the uncertainties that we were threatened with given the situation with COVID-19 is that we could have been just as almost was the case with the hurricanes of 2017. We could have been cut off from the United States and the rest of the countries that we continue to get food from,” the second-term legislator stated.

Premier Fahie has, however, said the investment risk government will make once this legislation gets under is low. He added that the introduction of this legislation will “not lead to the neglect of food production”.

He said this will be ensured based on the licensing regulations associated with the cannabis legislation.

“There will be a limit of the number of licenses based on the amount of land that is allocated for the industry. Additionally, your government has a $2 million programme to boost agriculture and fisheries,” Fahie told the House of Assembly on Friday.