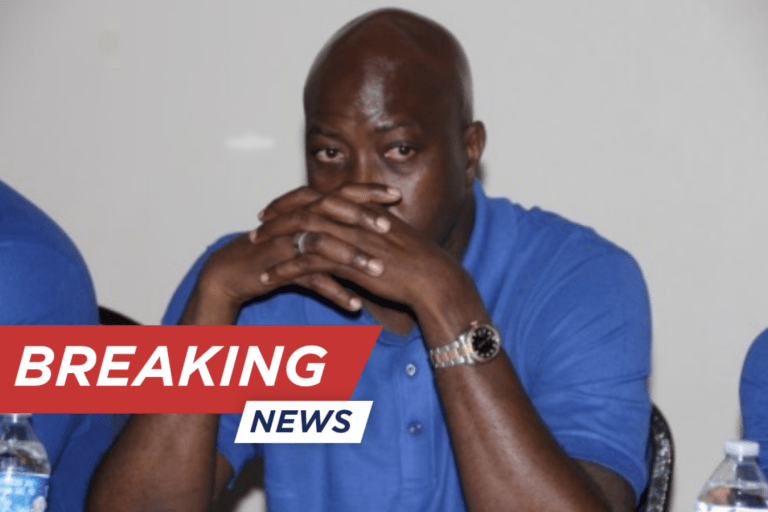 Former Education Minister Myron Walwyn was today arrested and charged for breach of trust by a public officer, in relation the controversial Elmore Stoutt High School (ESHS) perimeter wall project that reportedly suffered major cost overruns.
The project had caused major controversy locally and led the authorities to launch a formal investigation. No one was charged when that investigation concluded back in 2020.

In a statement today, Walwyn rejected the charge laid against him, stating that it is unjust.

“According to former Commissioner of Police Michael Matthews, the investigation was completed in early 2020 and its findings were sent to the Director of Public Prosecutions’ (DPP) Office, to decide whether the evidence warranted a pursuance of prosecution. Though this matter was publicly discussed by the Commissioner on talk shows and various media during its process, to date, no update has been given to the public about their findings following its conclusion,” Walwyn argued.

“It raises the question as to why a completed investigation by the Royal Virgin Islands Police Force that was sent to the DPP’s Office, could still find itself as a subject of the Commission of Inquiry as an open investigation,” Walwyn’s statement said.

Walwyn admitted that there were issues with the management of the project but said those issues are common.

He said he will be “vigorously fighting” the charge and has confidence that the local justice system will treat him fairly.

“This is a charge that I will vigorously defend [against] as it does not enjoy the benefit of the facts. In my humble opinion, it is manifestly unjust. Even considering my scepticism regarding the application of the law in this matter, I do, however, have the utmost confidence in our judicial system — one that I have had the privilege to be associated with for the past 16 years as an attorney, to render a fair and just decision on this matter,” the embattled former legislator stated.

The ESHS wall project was a subject of the Commission of Inquiry (COI) which was held in the BVI in 2021.

Walwyn is the third person to be arrested in relation to the project: local businessman Kelvin Thomas was slapped with three criminal charges and public officer Lorna Stevens was recently arrested and charged with Breach of Trust by a Public Officer.
#Commission of Inquiry  #CoI
Add Comment