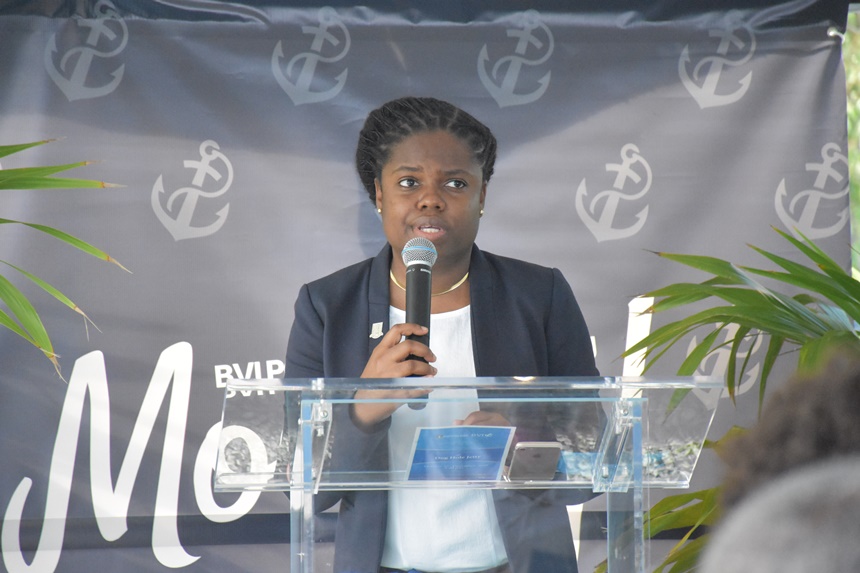 Former Virgin Islands Party (VIP) legislators given new portfolios under the National Unity Government said they are unfazed by the added responsibilities and they will endeavour to do their best to help transform the territory.
Speaking to BVI News at Government House recently, the new Minister for Education, Culture, Youth Affairs & Sports, Sharie de Castro, said, as a former educator, she is looking forward to bringing her experience and energy to the table to help transform the portfolio.

She added that there are some experienced people in the ministry, and she is looking forward to meeting with them and charting a way forward as a unity government in terms of how to enhance education for the future of the Virgin Islands.

“I believe it will be a challenge, but I am up for it. I believe through the available orientation processes and just the assistance and the expertise in the ministry, I’ll be able to transition smoothly and of course, I have the confidence of the Premier [Dr. Natalio Wheatley] who was in the portfolio, and I know he will be at my aid once called upon,” de Castro said.

In relation to culture, she said she will carry on Dr Wheatley’s initiative and hope that the future generation can fully understand and characterise Virgin Islands’ culture.

“I look forward to doing my best in the sports portfolio and pulling the Honourable Neville Smith who has expertise in the area to assist me as well,” de Castro said regarding her sporting responsibilities.

Meanwhile, the new Junior Minister for Agriculture & Fisheries as well as Trade, Commerce & Economic Development, Shereen Flax-Charles, said despite the new responsibilities, she is a hard worker. She further said she will be working closely with the Premier and other ministers to ensure she does what is needed for the territory.

“First of all, we must assess the situation, we sit down first with the relevant persons and see what needs to be done. There will be reform throughout the entire public service and any statutory bodies that we have on board,” Flax-Charles said.

She noted she is not entering into the portfolio blindly as she understands the challenges and therefore, as Junior Minister, she would like to build on what is good and change what needs to be changed.

Meanwhile, the new Deputy Premier Kye Rymer said he is here to support Premier Wheatley and the government. He admits times are tough at the moment, but his government has set forward a plan on how the Commission of Inquiry recommendations can be implemented while preserving the democratic integrity of the territory and also practising good governance.

Rymer who is still the Minister for Transportation, Works and Utilities said maintaining that portfolio and the Deputy Premier’s Office is all about finding balance.

“I had the opportunity in 2019 to act as Deputy Premier and I found a balance at that time, and I will continue to do the best I can in this capacity and any capacity that is given to me for the betterment of this territory,” Rymer added.
#Commission of Inquiry  #the Virgin Islands
Add Comment