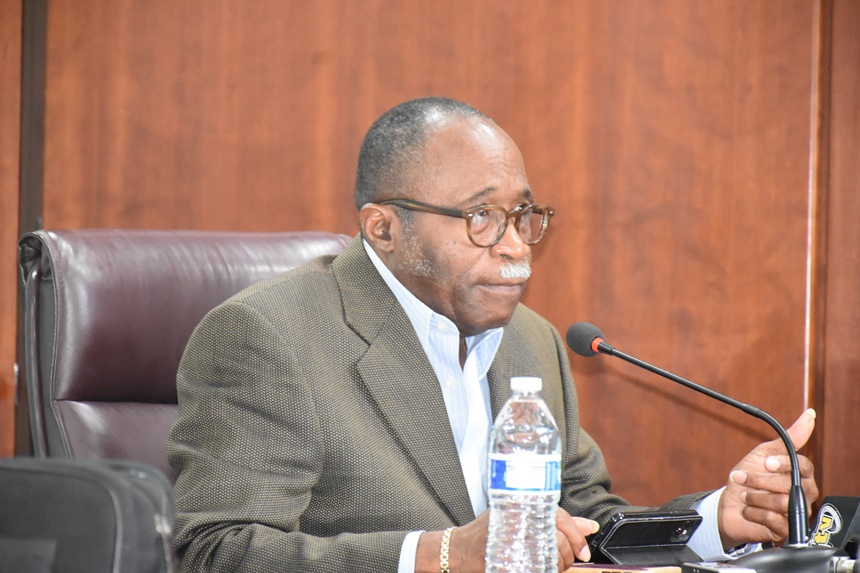 Senior Opposition legislator Julian Fraser has said he believes the British Virgin Islands should adopt a bicameral system of government which would consist of a House of Assembly (the Lower House) as well as a seven-member Senate (the Upper House).

While House of Assembly members is elected by the general public, Senate members are nominated, as is the case with the Speaker of the House.

Fraser, however, said he would want all members of the Senate to be elected as he does not believe in legislators being appointed by an individual.

The senior legislator gave the proposal of having a Senate while debating the long-awaited Constitutional Review in the House of Assembly on Monday, July 27.

He said as the territory advances towards self-determination, it should have a bicameral system which would bring a higher level of transparency in the legislative process in the BVI.

“Our legislation should be in a position to reflect what it will be upon self-determination. You have to start preparing yourself for these things, and as it seems the preferred method for moving into self-determination with our legislator is with a bicameral legislature,” Fraser stated.

“One of the guide principals and shining lights of any law-making body which is the legislature is transparency and variety. What a second House would do is give a second look, a different legislation, and opinions because it varies and coming from a second source it makes stronger legislation.”

Proposed make up of system

Fraser, who seconded the motion for the debate into a Constitutional Review, gave a proposal for how he believes the bicameral system would work in the BVI.

“This is very easy to achieve, all we need to do is, we need to break the BVI up into three sections – eastern, central and western. There are nine districts. Districts Seven, Eight and Nine — east; Six, Five, Four — central; Three, Two, and One — west,” he stated.

“Each of those districts – eastern, central and western – will return two to the senate for six members of the Senate, and the seventh senator will be elected between Jost Van Dyke and Anegada. You’ll have a seven-member Senate and the mechanics of how the senate and the House of Assembly works can be worked out,” he explained.

Fraser further outlined how the system would work during the process of passing legislation.

He said: “A Bill passed through the House of Assembly goes to the Senate and the Senate rejects it, ok. The House either works on the amendments to settle with the Senate, or they sit on it for a year and bring it back and it passes.”

Fraser also urged the members of government not to be discouraged in pursuing such an unprecedented move as the BVI is not too small for such an undertaking.

“Right now we have a unicameral system, we wouldn’t be the first OT (Overseas Territory) to have a bicameral system. It exists in Bermuda, and don’t let anyone convince you that we are too small.”

The BVI last underwent a Constitutional Review in 2007, which is now more than three years overdue as the Constitution legally requires for a review every 10 years.
Add Comment