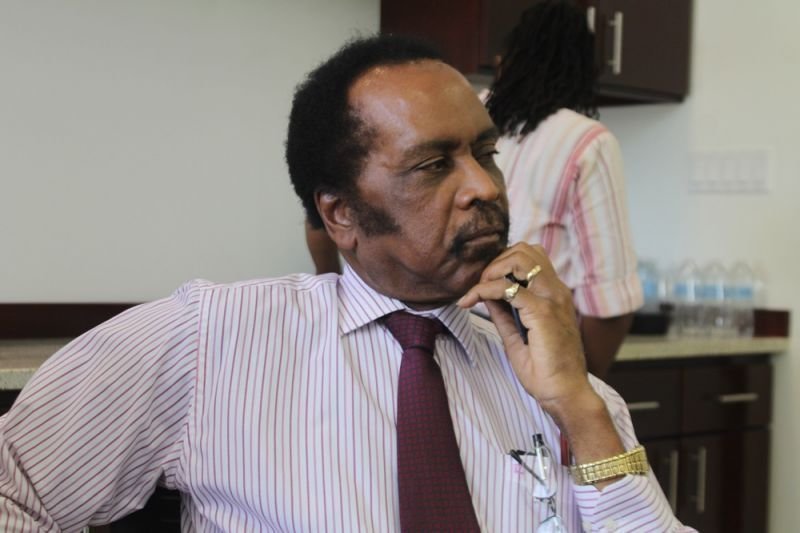 The Truth may not set us Free but it’s all we can depend on:

Thanks for listening but my message is neither tailored to please nor displease Politicians or the Rich and Powerful whose Bread is already buttered on both sides – I simply seek to bring those in need and fading Dreams a Message of Truth, Hope and Enlightenment… If the contents are wrong then please correct me but if you find it right then make it your obligation to spread the Word.

The Month of August is famous for its Emancipation Celebrations throughout the West Indies – However, these have once again been silenced but it is more troubling when our Children neither know nor appreciate the real History surrounding the Enslavement of their Forefathers – This allows echoes of ‘being fully free and emancipating yourself from mental slavery’ to ring hollow.

Ignorance of our History continues to repeat the Tragedies of our Ancestors as Colleagues and Leaders live in abject denial… Many argue that Slave Master Descendants should not be held accountable for their Forefathers Crimes and I would strongly agree, provided we find modern day evidence showing that things have changed for the better and there is a desire to care and share.

However, what we see and feel – year after year – is an absence that forces one to question this Freedom or Emancipation… After all, how can Fairness, Justice or Equality support Policies and Practices that make it right for Slave Descendants to inherit ancestral Poverty while Massa’s Descendants inherit their usurped Prosperity when both originated from the same act of Slavery?

The answers may have started with Racism but the practices have expanded to encompass a Global Systemic Greed and lack of Caring and Sharing that continue to propel Mankind in a Race to the Bottom… For centuries Blacks have been forced to play a game of Smoke and Mirrors whereby Oppressors call us Free to ease their Conscience and we accept it and stifle our own Ambitions.

We have come too Far to give up now:

Goal Posts were moved but the End Game remains the same… Our Ancestors had no Freedom so they were forced to Work and Master’s Plantation provided their Clothes, Food and Shelter – Today, our Children boast a Freedom to work from Paycheck to Credit Card so their wages can trickle up to Masters for Fashion, Fast Food, Rent and Trinkets... Four Hundred years and we are still not freed.

Facing facts may be uncomfortable but they are the facts and the time is long overdue for Black Lives to Matter… I may be less inclined to support the militant cry of ‘No Justice, No Peace,’ unless and until we have applied our Brains to the Problems and secured Governments, Individuals and Societies who will play their part in restoring the Laws of Balance, for the sustainability of Mankind.

Saying what we mean and meaning what we say must replace Slogans of Ignorance that are more likely to encourage our Children to accept Celebrations of Freedom while being stuck under Flags of Oppression… We still allow them to fool us so they can rule us - No wonder the National Dress is Slave’s Attire and some believe Trump’s claims of doing more for Blacks than anyone else ever did.

Luckily, some of us have progressed enough to read and reason wrong from right so that even in the face of opposition, the Cause is not dead and the Struggle continues..All across the US, UK and the World many are trying harder than ever, even as those in Power seek to silence the Cause and crush the Struggle but fear not for the God of Nature and Laws of Balance is the Decider of Equality.

Sometimes the Question is the Answer when Curses are Blessings:

Whenever this Supreme Intelligence is challenged by the Wicked who dare to deem themselves all powerful and invincible, Natural Disasters like Hurricanes, Earthquakes and CoVID-19 are used as Balancing Tools in the greater order of things… Thus, what we see as Tragedies may be Golden Opportunities for us to learn consideration for others and how to function at better and higher levels.

The fact that this Pandemic has touched every aspect of all our lives is proof, that only fools brag or bet on the magnitude of their own Powers and a test as to whom will rise to the occasion... We have seen COVID-19 ravage China’s Economy, crippled the belligerence of Prime Ministers, embarrass, weaken and expose the latent tyranny and mental deficiency of Presidents and it’s still not done.

Maybe, like us, they regarded themselves as special and too big to fail but none of us are… In Nature, we all come and go so the Big Picture is not about us but about what we do for Generations still to come… The present Signs and Symptoms are not focused on our limited life spans but on improving Systems that will last even beyond the days of our Children and their Children’s Children.

This present struggle for Equality is necessary and the ambition to remove Symbols of Oppression and to reform the Police Force are all Noble Steps against the trappings of Slavery and Injustice but success will not come easy… We must first understand that such Systems may be manned by the socially Weak and Poor but they are commanded and manipulated by Rich and Powerful Civilians.

It is naive to expect such Leaders to willingly curb their own Power when Dictators view these Forces as their Puppets and Foot Soldiers… Once they can convince these Subordinates and Individuals that their jobs are at risk then these same Weak and Poor Conscripts will quickly obey their Rich and Powerful Bosses without realising that they are actually working against themselves.

If we know the Problems then we must apply the Solutions:

President Trump and his Crew use this same basis as the grounds for Federal Troops - made up of the Poor - to physically brutalise other Poor People who dared to march for Respect and Justice… This pattern of Poor on Poor and Black on Black Violence is a manifestation of ‘Divide and Conquer’ – A Weapon used for retaining control of the Masses and until this is defeated the struggle continues.

Months ago, when I suggested the Presidency was deliberately targeting Black People for COVID-19 Deaths, many doubted me but it is now exposed… They have been deliberately ignoring the Health Care of those not regarded as ‘Supporters’ as a means of gaining political advantage - They are also using Housing Discrimination, Black Voters Suppression and even hints at Election Delays.

However, White Lies are still lies and what goes around comes around… COVID-19 is an invisible warrior who may turn the Tables and Traps set for others often kill the Setters… No one invents Truth; we merely deliver - The repeated cancellation of Emancipation Celebrations is a Message to task us with the responsibility of working together in order to achieve more with less time and space.