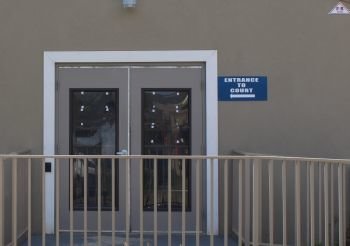 A frustrated duo has said more should be done by the relevant authorities to speed up criminal cases at the Magistrate’s Court.

The pair, who did not want to be identified, said the British Virgin Islands should emulate other jurisdictions and work faster to dispose of matters quickly when they arrive before the court.

“Every minute, you have to come down here. When you come, they are never prepared to hear from you, and if you don’t come, they quick to come and lock you up,” a mother of a young person accused of a criminal offence said.

It is also her belief there is a correlation between the lengthy court cases and repeat offenders in the Virgin Islands.

She said young offenders are unable to keep a job or find a good job because they have to be constantly before the court.

“Then they tell you go find a job,” she remarked.

They keep ‘dragging it on’- Resident

Another man who has been before the court for many years with an ongoing matter said it has also negatively affected his life.

“You dragging it on, you postponing it… they aren't sending home nobody. The same people are coming back every time.”

He continued, “A trial start January, you do piece today, then the next six months you do a piece again and then when you appeal that it takes two years.”

The issue has been long-standing and often results in offenders receiving minimal punishment, such as suspended custodial sentences, because of the lengthy delays.