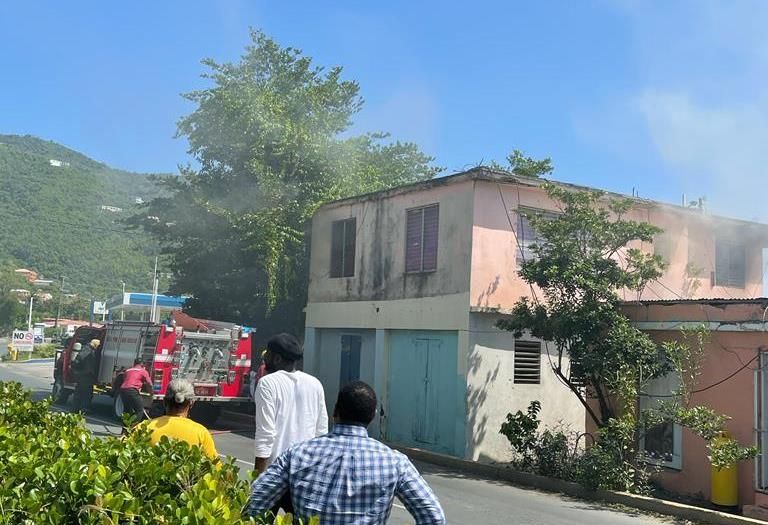 According to reports reaching our newsroom, the fire started in the kitchen of the top floor when a small gas cylinder exploded.

Our newsroom was told the cylinder was being stored beneath the kitchen sink when it exploded.

Fire officers; however, moved in quickly and were able to contain and subsequently extinguish the fire that had started as a result of the explosion.

No one was reportedly hurt.

It is unclear at this time what is the extent of the damages to the interior of the home.

Fire officers moved in quickly and were able to contain and subsequently extinguish the fire.